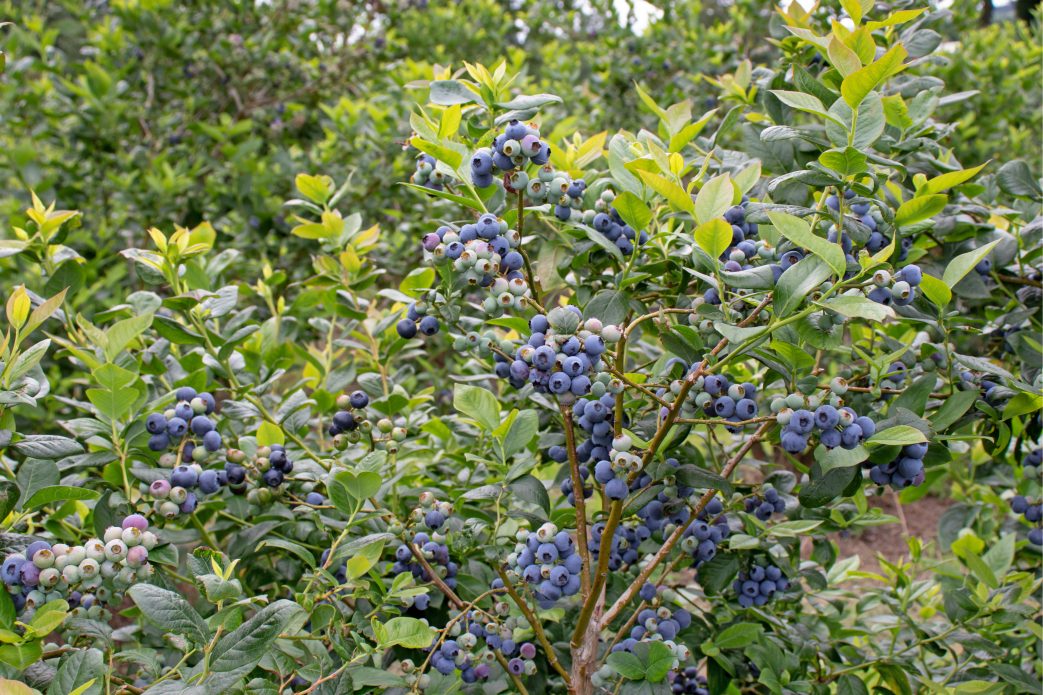 “As far as the crop itself, some varieties really look phenomenal. They’re really loaded up, full crop on them. Then there’s some varieties, definitely, the cold has affected,” McLean said. “Surprisingly, seems like what has been affected has really been more rabbiteye blueberries more so than highbush. It’s kind of a weird thing because our normal years tend to be just the opposite. We see a lot of damage to the highbush because they are earlier. Rabbiteyes tend to escape most of any problems. This year it’s been kind of a flip-flop year.”

McLean thinks where there was an onset of warm weather early in the growing season, it brought a lot of plants into bloom a lot quicker than what it should have.

“Funny thing is, normally in those years where we come into bloom much earlier, we’ll get a freeze event. It’ll be so severe, it’ll really do some damage to the early blueberries, like highbush. Then rabbiteyes, it’ll do some damage,” McLean said.

“This year, the onset of warm weather really brought those rabbiteyes, those later varieties, on a little quicker than normal. When it did, they just happen to be at the right stage of bloom when we had a little bit of cold weather.”

Despite the concerns with the recent cold temperatures, McLean is optimistic about this year’s crop.

“I’ve been out walking some fields and the crop, for the most part, does look really good overall,” he said.