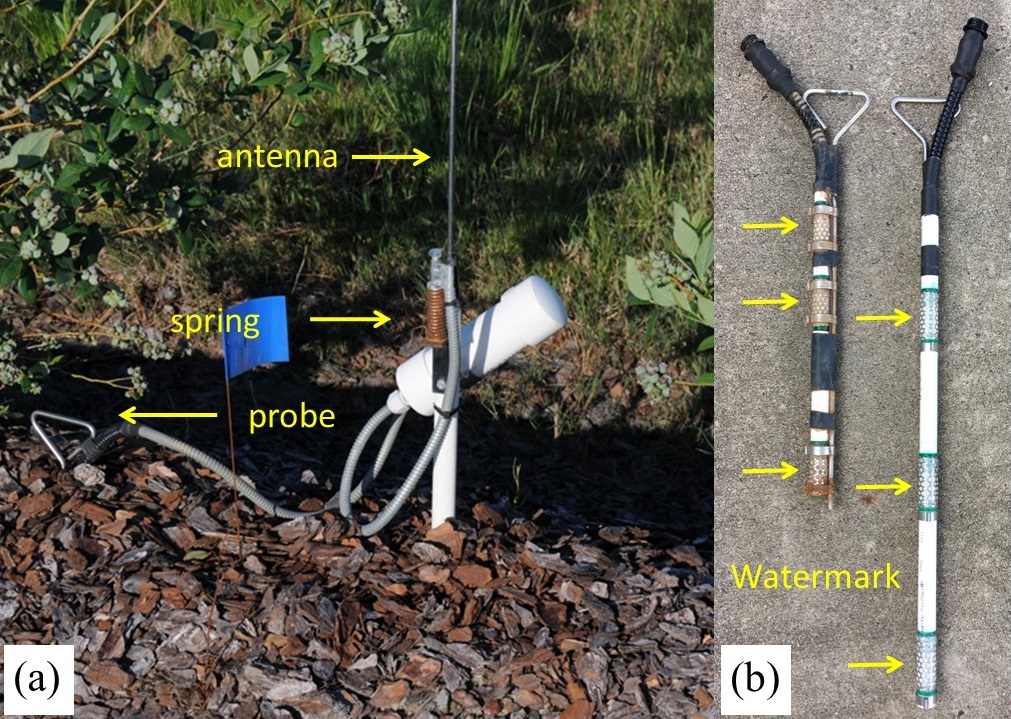 One of the goals of the University of Georgia College of Agricultural and Environmental Sciences (UGA CAES) is to develop new irrigation methods and tools for crops. Researchers, including myself, Erick Smith, George Vellidis and Wes Porter, have been developing smart irrigation scheduling tools for blueberry growers in Georgia since 2015. Smart irrigation is a new method of irrigation that uses technology and information to make more accurate and faster decisions.

“Soil moisture sensors record soil water tension, and we realized very soon that farmers could not make irrigation decisions based on the sensor readings. It was necessary to convert sensor readings into amount of irrigation,” said UGA precision agriculture specialist George Vellidis.

To overcome this problem, we utilized soil properties and a model to convert soil water tension numbers into inches of irrigation that is needed to saturate the soil profile. Additionally, farmers can see in real time their soil moisture data to make irrigation decisions for each location in fields using a web-based interface that was developed by UGA.

Blueberry growers can also use the Blueberry App on their smartphones to schedule irrigation (Figure 2). The app runs a model that uses reference evapotranspiration (ETo) data and the Penman-Monteith equation to calculate the irrigation needs of blueberries.

The innovation of the Blueberry App is that it is programmed to receive forecasted ETo data for the next seven days for every location in the United States from the Forecast Reference Evapotranspiration service of the National Oceanic and Atmospheric Administration. Precipitation data are received from the Georgia Automated Environmental Monitoring Network and the Florida Automated Weather Network (FAWN).

UGA has developed a crop coefficient curve that shows the water needs of blueberries in Georgia every year. The goal is to include more coefficient curves from other states. This will be capable if more blueberry growers use the app.

By knowing the total ETo for the next seven days and the crop coefficient values of the blueberries, the crop evapotranspiration of blueberries can be calculated, and irrigation events adjusted accordingly.

This study takes place at a UGA blueberry farm in Alapaha and at two commercial blueberry farms in Alma and Manor. At each site, the four different soil moisture sensor types have been installed close to each other along the beds to collect data to meet the objectives of the project (Figure 3).