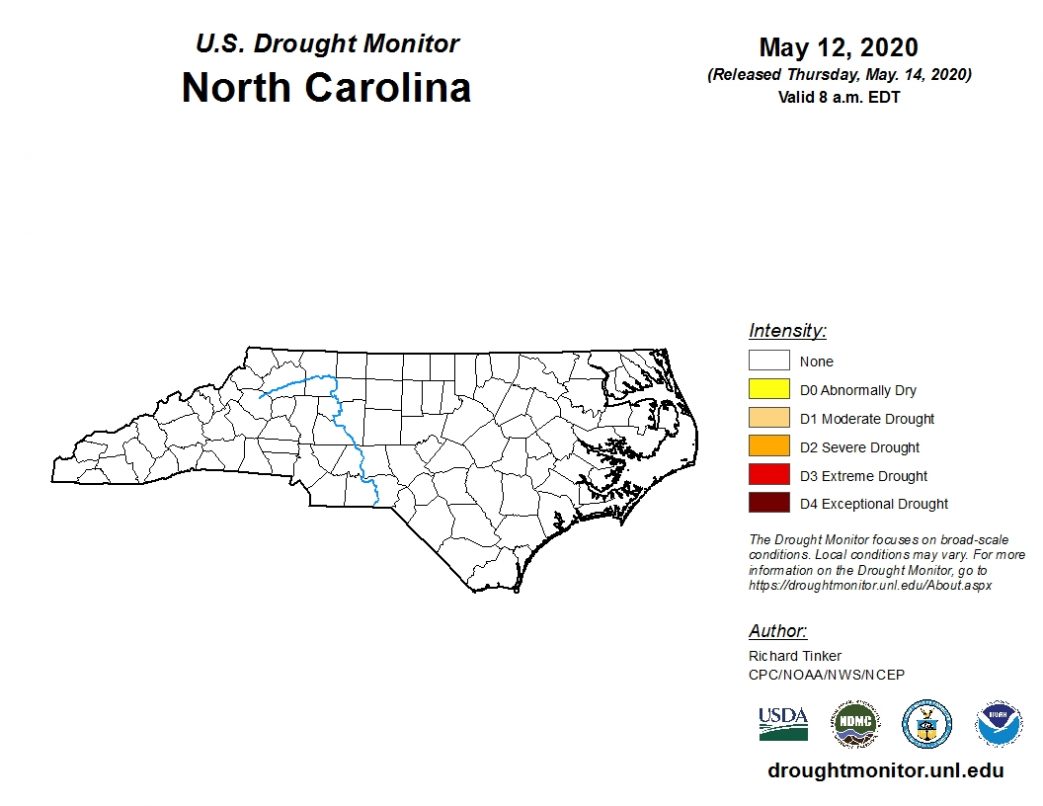 Rain was widespread in April in North Carolina. According to the N.C. State Climate Blog, the National Centers for Environmental Information (NCEI) reports a statewide average precipitation of 5.15 inches, which ranks as the 17th-wettest April since 1895.

The highest totals came in the Mountains from a series of moisture-rich cold fronts that moved in from the west and southwest. The wettest site in the state, Highlands, recorded 12.73 inches for the month, while in the northern Mountains, Boone had its wettest April since 1982 with 11.70 inches.

The western Piedmont also picked up heavy rainfall. In Mount Airy, it was the wettest April out of 120 years of observations with 8.84 inches of precipitation. Charlotte had 7.10 inches and its 6th-wettest April on record, and Gastonia had 6.33 inches for its 5th-wettest April since 1931.

The driest spots were across parts of the Coastal Plain that didn’t see the same coverage of heavy rainfall, but even these sites finished the month close to normal. In New Bern, the monthly precipitation total of 2.84 inches was just 0.3 inches below normal.

The southern coast did see the bulk of the severe weather activity on April 13 during that morning’s tornado outbreak. A total of 16 tornadoes were confirmed across the state that day, including nine EFOs, six EF1s, and one EF2.

March may have ended with temperatures approaching 90 degrees F in parts of the state, but that extreme heat was non-existent in April. NCEI notes the statewide average temperature last month was 57.5°F, which was the 53rd-coolest April out of the past 126 years.

Most sites finished the month with average mean temperatures within a degree or two of normal. The coolest sites were in the rain-soaked parts of the Mountains, including Jefferson, which tied for its 4th-coolest April out of 88 years with data.

Along with cloudy, wet weather keeping temperatures down, pronounced troughing in the jet stream over the eastern US persisted throughout the month, which contributed to the overall unsettled April pattern.