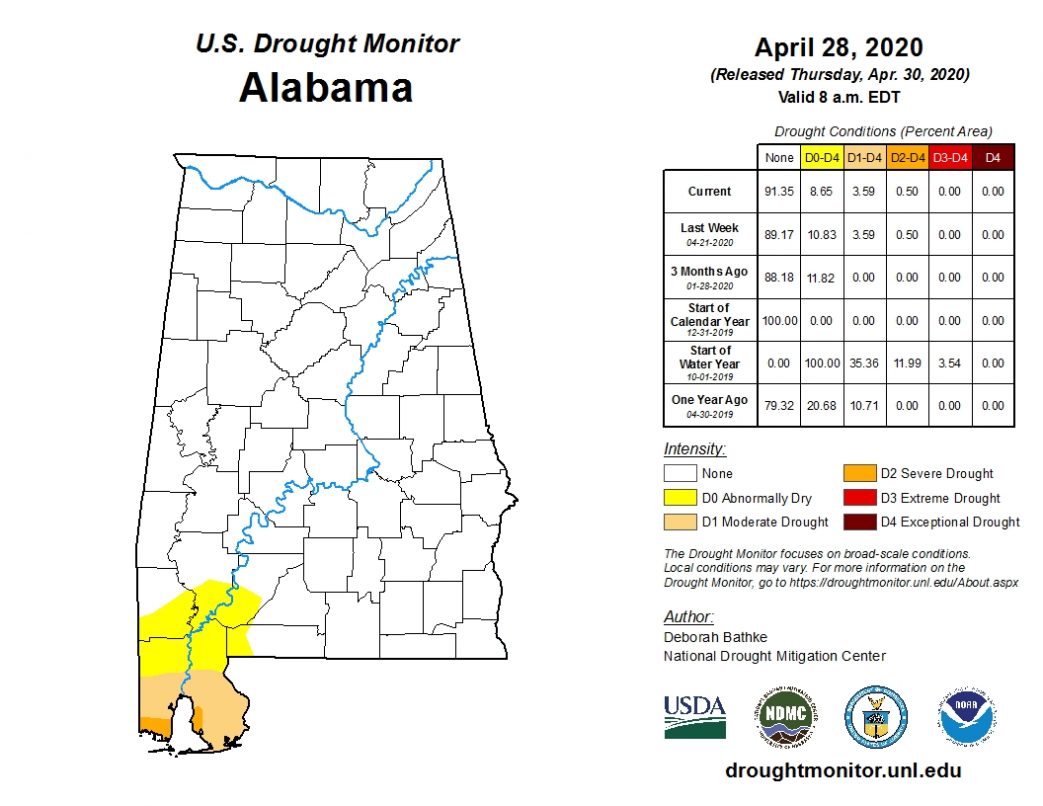 “Most of the veggies down there are irrigated,” Kemble said. “I don’t know anyone that doesn’t irrigate, frankly, in that area.”

Irrigation is important in that area right now. In the most recent release of the U.S. Drought Monitor, parts of both counties are classified as ‘D2’ status or a severe drought.

“Mobile and Baldwin Counties, they’re opposite each other, Mobile Bay. They are definitely well under. I think there was a trending hashtag of #mobilethedesert or #desertmobile. Guys were saying how dry it is down there,” Kemble said.

There’s cause for concern, especially considering how much produce is grown in that area. Growers cater to a lot of road-side produce stands and farmers markets in that area.

“In that area, it’s pretty diverse, production wise. Large acreage wise, sweet potatoes are still a pretty important crop in that area, and to a lesser extent, some irish potatoes as well. After that it’s tomatoes, watermelons, corn are probably the staples in that area, as well as peppers,” Kemble said. “There’s a lot of road-side stands in those areas, farmer’s markets in that area. They tend to feed a lot of product into those. They’re always looking for a diverse background of crops. But I would say the major ones are still going to be the tomatoes, watermelons and sweet corn.”

“I was speaking to a regional agent down there. He was saying things are on track,” Kemble said.