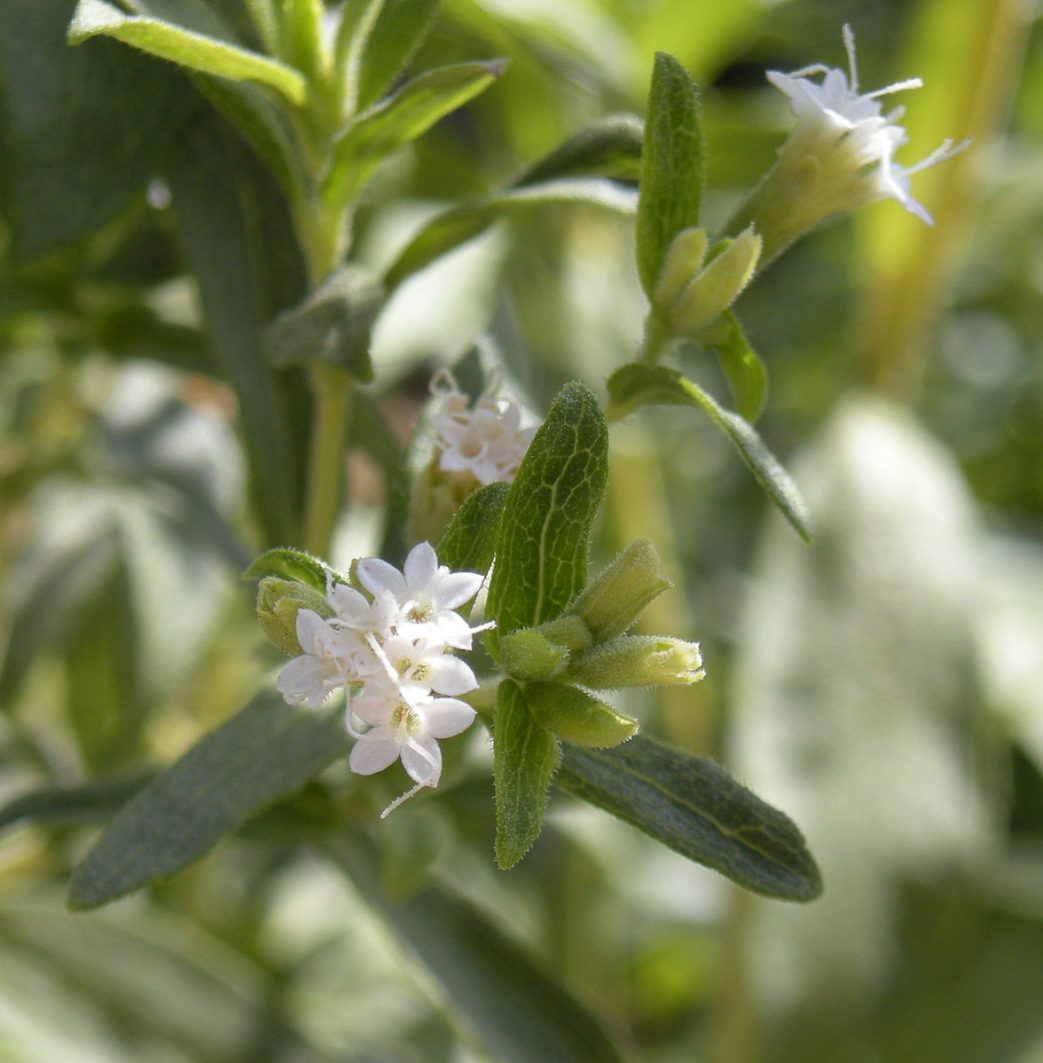 Along with research projects by the U.S. Department of Agriculture and the Interregional Research Project No. 4, North Carolina State University (NCSU) plant breeders, plant pathologists and Extension agents are looking into several aspects of stevia. Todd Wehner, a professor of horticultural science at NCSU, is working on selecting better stevia plants.

NICE AND SWEET
“Stevia has quite a few compounds in it that are sweet, but they also have different sort of tastes,” Wehner said, describing how the specialty crop used to be considered slightly sour. “It’s possible to breed for better-tasting stevia; less sour (and) less bitter aftertaste.”

In addition to a different taste, researchers want to cater to the market of people who look to stevia as a sugar alternative. The specialty crop, originating in Paraguay, became established in the United States in 2009 and has gained more popularity since then.

RESEARCH PROCESS
“There’s a group of consumers who would like to eliminate sugar from their diet as much as possible,” Wehner said. “We also wanted to select for better taste so (we have been) coming up with lots of varieties with different profiles to use in taste tests to see what people prefer.”

At NCSU, researchers employ a phytotron, a building in which each room’s environment can be controlled for selection purposes. Wehner works with the space to select for better properties in stevia.

“We’re trying to get higher yields and better disease resistance,” Wehner said, noting that cold-resistant stevia could be more ideal. “We’d like to get better overwintering hardiness.”

That goal is likely to be achieved in the southeastern region of the United States, where stevia production is more common. Ultimately, Wehner hopes people interested in producing stevia will learn as much as they can before fully investing in the crop.

“The main thing to focus on is that it’s a new crop. It’s not necessarily ready for people to grow right now,” Wehner said. “Anyone who is interested should start slowly.”