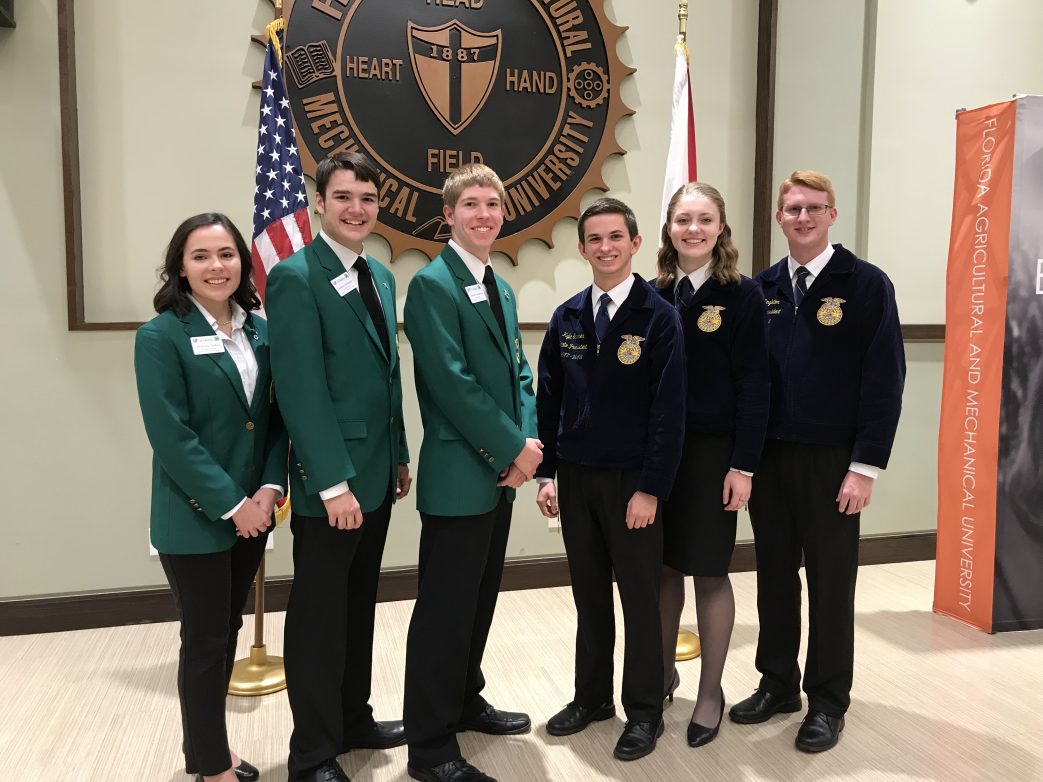 Perdue began the meeting by asking the participants what the federal government can do to encourage more youth to become involved in agriculture. The next Farm Bill will be debuted in 2018, which Congressman Lawson called “the most important bill we can get out of D.C.” So, Perdue is looking for feedback from those involved in the industry on provisions that should be included.

Kyle Garner, state president of Florida FFA, talked about the importance of agriculture education. He suggested making a mandatory agriculture course in either middle school or high school. Garner described his experience in ag classes in school, saying that it helped him develop his passion for agriculture. He believes that can happen for other students as well. Florida 4-H and Florida FFA state officers after participating in the roundtable discussion.

Members of Florida 4-H agreed with Garner, saying education is one of the best ways to promote agriculture. Christian Rodriguez, Florida 4-H vice president, told Secretary Perdue that one thing that discourages youth from getting involved in agriculture is the public obsession with organic produce. He said there is a huge public misconception about agriculture and what foods are deemed “healthy.” Rodriguez said that educating young people on agriculture and getting them involved in the industry can help fight misconceptions about U.S. agriculture.

FAMU students spoke about their school’s programs and their passions for agriculture as millennials.

Robinson said it was a great honor and opportunity to have Secretary Perdue visit the campus and hear from the students. He added that it gave people an opportunity to realize the breadth of FAMU’s academic programs. “Sometimes people don’t quite appreciate or understand the depth of FAMU’s involvement in research,” he said.

After hearing from the roundtable participants, Perdue said that he would like a more direct financial relationship with FFA, like he has with 4-H. He was very impressed with what the students had to offer. “It’s inspiring to me to know the future of ag is in good hands when you have kids like this,” Perdue concluded.