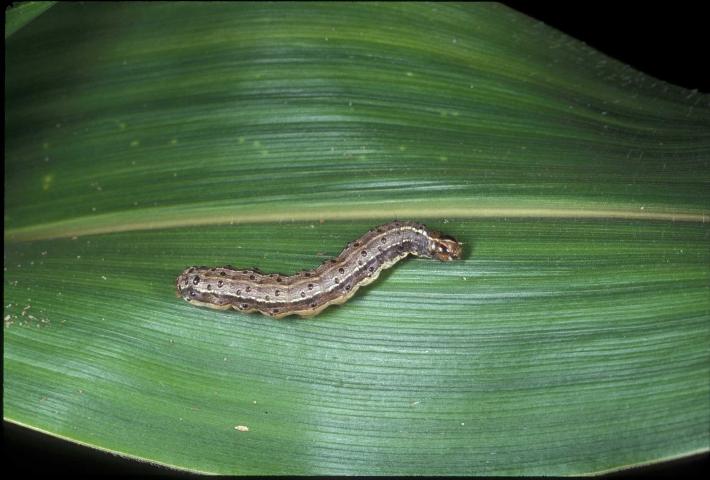 Now is the time of year that fall armyworms make their presence known in Alabama. Eric Schavey, regional Extension agent in Northeast Alabama, said turf producers and some vegetable growers need to be mindful of the insects, which start to appear in late July and early August.

“Fall armyworms, there’s some out. I haven’t seen any damage of fall armyworms yet, but I think it’s probably coming. If we stay dry, it’s going to be here,” Schavey said.

All of North Alabama is either abnormally dry or moderately dry, according to last Thursday’s release of the U.S. Drought Monitor. That will aid in those fall armyworm populations increasing in the upcoming weeks.

“They like grasses. Bermudagrass is their favorite. The better that you maintain bermudagrass the more they like it,” Schavey said. “It seems like they’re attracted to high managed turfgrass, but they’ll get on a tomato. You’ll have them in soybeans. They’re not picky, but they’d rather be on grass.”

Scouting remains the best management tactic for growers looking to control fall armyworms. Schavey recommends producers scout later in the evening and after dark. This is the time of day when moths and worms are most active. It is important to check under the leaves and on top of tomato clusters. Producers can also look on irrigation tanks, fence posts and irrigation riser pipes.

“I tell people the best place to scout, if you’re going to do some windshield scouting, if you drive down the highway and the gray risers that the phone department has, the junction boxes, those are great places to stop and look. They like that shiny gray and will lay their egg masses on it. Then you’ll start seeing them feed out away from that towards the field,” Schavey said. “We typically need to look for these (moths) constantly. You never know when that moth is going to come in. The good thing is we are doing moth traps throughout the state. Dr. (Ayanava Majumdar) does a really good job of sending that out through our Facebook page and our newsletter.”