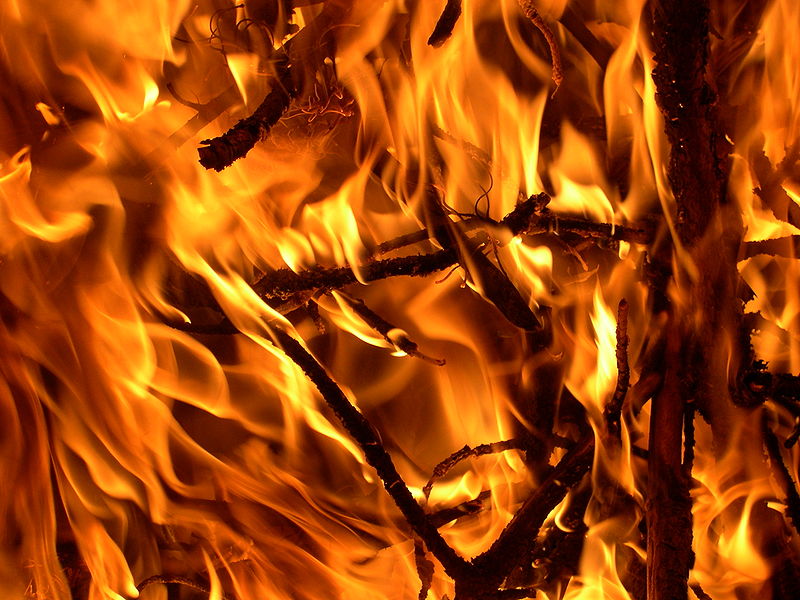 by Jim Turner, The News Service of Florida More than 100 wildfires were burning across Florida as the week began, with 23 consuming more than 100 acres.

And the state has yet to get into the lightning-filled warmer months.

On Tuesday, the Cabinet kicked-off a pre-planned “wildfire awareness week” with Gov. Rick Scott issuing an executive order that declared a state of emergency across Florida due to the increased wildfires.

“Much of Central and South Florida are approaching drought-like conditions, and the chances for wildfires are continuing to increase with hotter temperatures and low rainfall,” Scott said. “This may only get worse as we enter the hotter summer months, and it is crucial that we take every action right now to be prepared.”

The order is intended to make it easier for agencies to share firefighting resources.

Since the start of the year, the Florida Forest Services has recorded just over 1,440 wildfires, collectively consuming nearly 70,000 acres, double the number of acres burned at this point a year ago. “There is no corner of the state that is not facing severe wildfire conditions,” Agriculture Commissioner Adam Putnam said.

The Forest Service reported 107 fires being battled Monday. As a sign of the extent of the threats, blazes were found in Miami-Dade County in South Florida, in Nassau County in the northeastern corner of the state and in Escambia County in the western end of the Panhandle.

Firefighters have been deployed to combat wildfires in the Everglades and to battle a 300-acre fire near tourist-heavy International Drive in Orlando.

“We’ve got a ways to go with no end in sight,” Florida State Forester Jim Karels said.

The concern is that dry conditions will keep Florida a tinderbox throughout the spring and summer, potentially setting up a repeat of 1998, when more than a half-million acres were consumed by fire across the state and one blaze destroyed about 50 homes in Port St. Lucie.

Karels said about 90 percent of the wildfires in Florida so far this year have been caused by humans. June and July lightning is going to hit this state hard as it always does every year. And the drought really intensifies that, because then you start to see a lot of these fires,” Karels said. “Our job is to prevent those human-caused fires, so that we’re prepared for the lightning. So that we’re not tied up with so many human-caused fires.”

Putnam credited Franklin County firefighters this weekend with saving homes from a fire on St. George Island. Homes had to be evacuated from the barrier island southwest of Tallahassee.

“Don’t think you’re the one who can burn trash and get away with it,” Putnam said.”It just takes one spark to get caught by the wind to set a neighbor’s property on fire.”