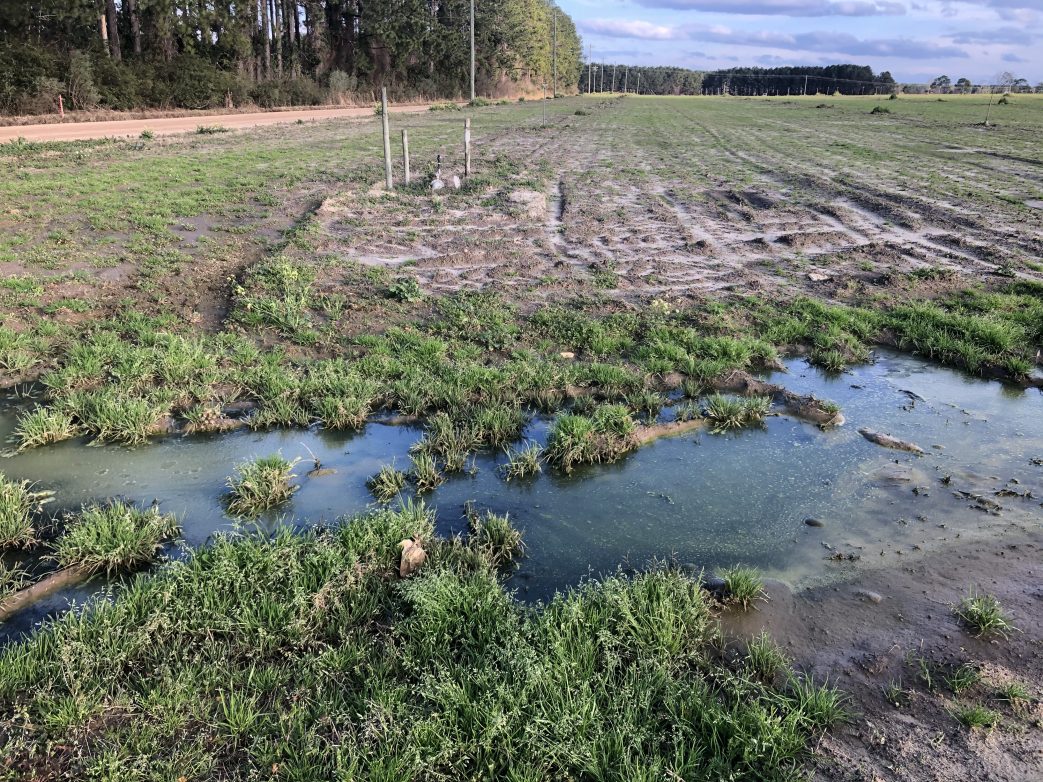 Excessive winter rains have kept some Georgia farmers out of the field because of saturated conditions. But they provides hope that a potential summer drought is less likely than originally feared.

“We were expecting a more typical La Nina winter which is usually warm and dry in that part of the country. It has not been that way so far this year,” said Pam Knox, University of Georgia Extension Agricultural Climatologist. “La Nina winters, anytime we make a forecast, it’s based on statistics, but this has not been a very typical year.  Instead of having that storm track farther to the north, it’s been perched right over that area.

“It’s good because usually when we have a La Nina winter, it means that we’re much more likely to go into a drought next summer. For me at least, this has alleviated some of the worries about going into drought early in the season. Now, it brings up a whole set of other issues. It delays people getting out into the field and they’re late planting. That could run into issues at the other end of the growing season.”

“The weather pattern this year has sort of gotten stuck in place. There’s this band of rain that’s gone from southwest Georgia stretching up to the northeast all the way through North Carolina and Virginia. I’ve heard from farmers all along that band that they’re having a lot of trouble getting out into the field,” Knox said.

Farmers had La Nina concerns last November. Since the weather pattern’s normal tendency is to bring warm and dry weather conditions, there were concerns of insufficient chilling hours for fruit farmers and lack of moisture in the soil prior to vegetable and specialty crop producers planting the spring crops. Chill hours are no longer a concern. Neither is soil moisture.

“Even if we go into a more typical La Nina situation at this point, that moisture’s not going to go away, at least not immediately,” Knox said.