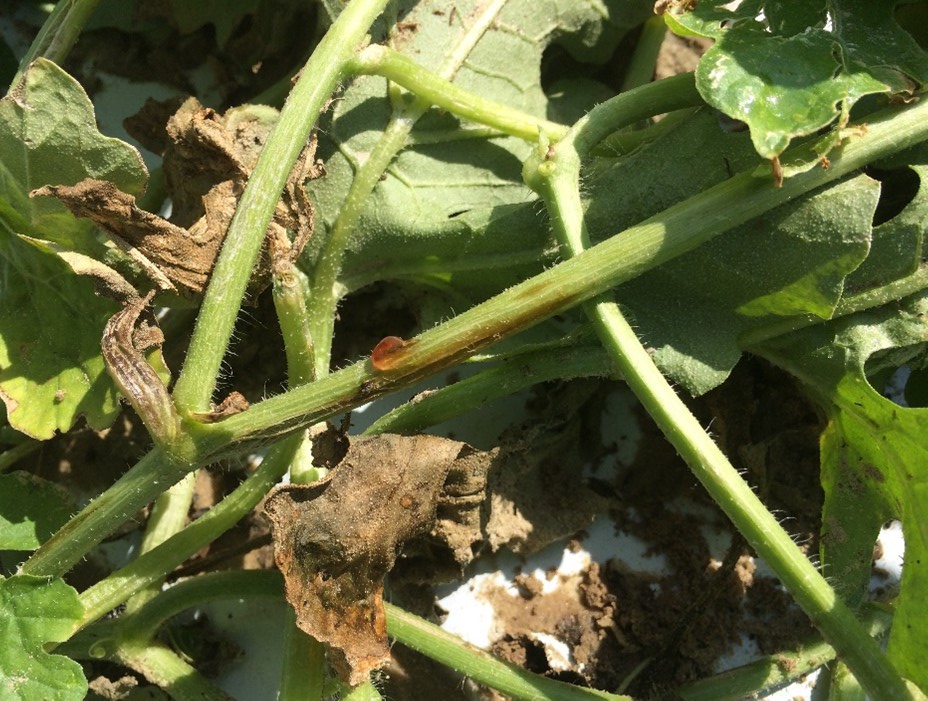 Isolates collected in 2015 were sensitive to tebuconazole. Resistance appears to have developed in the period between 2016 and 2019. In 2015-2017, 42% of watermelon fields were sprayed with tebuconazole within a 2-week period. Widespread frequent use of generic tebuconazole likely contributed to resistance.

These results led to the question: Does tebuconazole (Monsoon and other generics) still provide any control of gummy stem blight? In the greenhouse, tebuconazole was 99% effective against sensitive samples and still provided some control (74% of normal) against moderately resistant samples but provided only 45% control of highly resistant samples. Most watermelon growers likely will see less efficacy of tebuconazole sprayed in the field to manage gummy stem blight.

Alternatives to tebuconazole include mancozeb and chlorothalonil early in the season and Inspire Super and Miravis Prime later in the season. In the updated 2022 Watermelon Fungicide Guide, Keinath recommends only one spray of tebuconazole per season to reduce the risk that resistance will shift to highly resistant, as it has in other pathogens resistant to the DMI class of fungicides (FRAC Code 3).