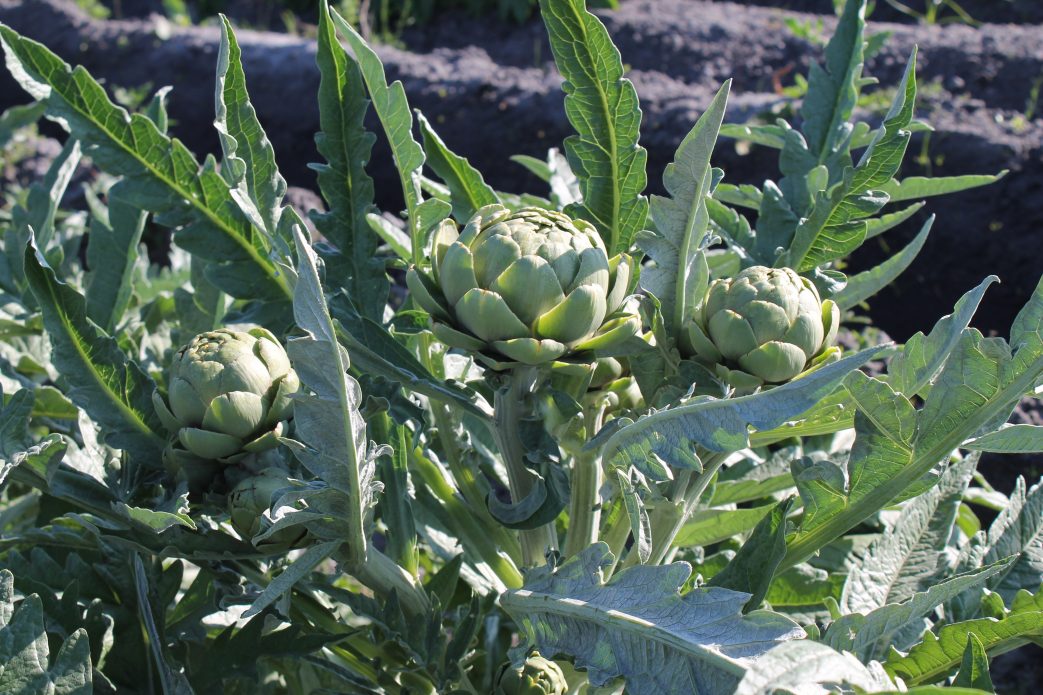 Despite California producing 99 percent of commercially grown artichokes in the United States, researchers at the University of Florida are hoping to profitably produce the antioxidant-rich superfood in the Sunshine State.

Artichokes flourish in a cool environment and generally require 250 to 500 cumulative hours below 50 degrees for bud formation. Therefore, bud formation must be artificially induced to produce artichokes in Florida.

Researchers at the University of Florida Institute of Food and Agricultural Sciences (UF/IFAS) Hastings Agricultural Center are examining artichoke varieties for Northeast Florida. They are complementing Shinsuke Agehara’s research being done at the UF/IFAS Gulf Coast Research and Education Center. Agehara, an assistant professor of horticulture, began working on artichokes in Florida several years ago.

“We are also testing two phases of planting, with one being initiated in early October and the other in early November,” says Prissy Fletcher, UF/IFAS Agricultural Extension Agent for St. Johns County. “We are also monitoring pest pressures, including leaf spots, caterpillars and root rots. Our team wants to be able to explain to a potential new grower what they can expect in this climate.”

In California, artichokes can be grown as an annual or perennial crop. Florida growers will have to treat artichokes as a cool-season annual crop and can anticipate on average about four to six months from planting to harvest.

“Our first phase was planted in early October, and our plants are currently starting to form buds,” Fletcher says. “Plasticulture is common with this crop, however, seeing as this is a cool-weather-loving plant being transplanted in Florida’s heat, soil treatment prior to planting is recommended to prevent root rot or damping-off diseases. Also, considerable spacing is needed as these plants grow to be 4 feet tall and wide at maturity. We suggest in-row spacing of 36 to 42 inches.”

Although researchers are still developing recommendations, Agehara has developed some production guidelines to help growers get started.

According to the U.S. Department of Agriculture’s Agricultural Marketing Service, a carton of artichokes was valued at $56 wholesale in February of last year. Since California supplies 99 percent of the market, it would be beneficial if Florida could contribute to the East Coast supply during the slower months of artichoke production, which is right now.

“I think we definitely have an opportunity to contribute to this market if we can get the timing right,” Fletcher says. “That’s why we are staggering the planting dates to see how efficiently we can grow and harvest before California starts picking up speed in March.”

Artichokes will be harvested at the research plot at the UF/IFAS Cowpen Branch Road Demonstration and Research Farm in Hastings in just a few weeks. If you are interested in seeing Florida artichokes at their peak maturity and production, contact Prissy Fletcher at pfletch@ufl.edu for a tour.