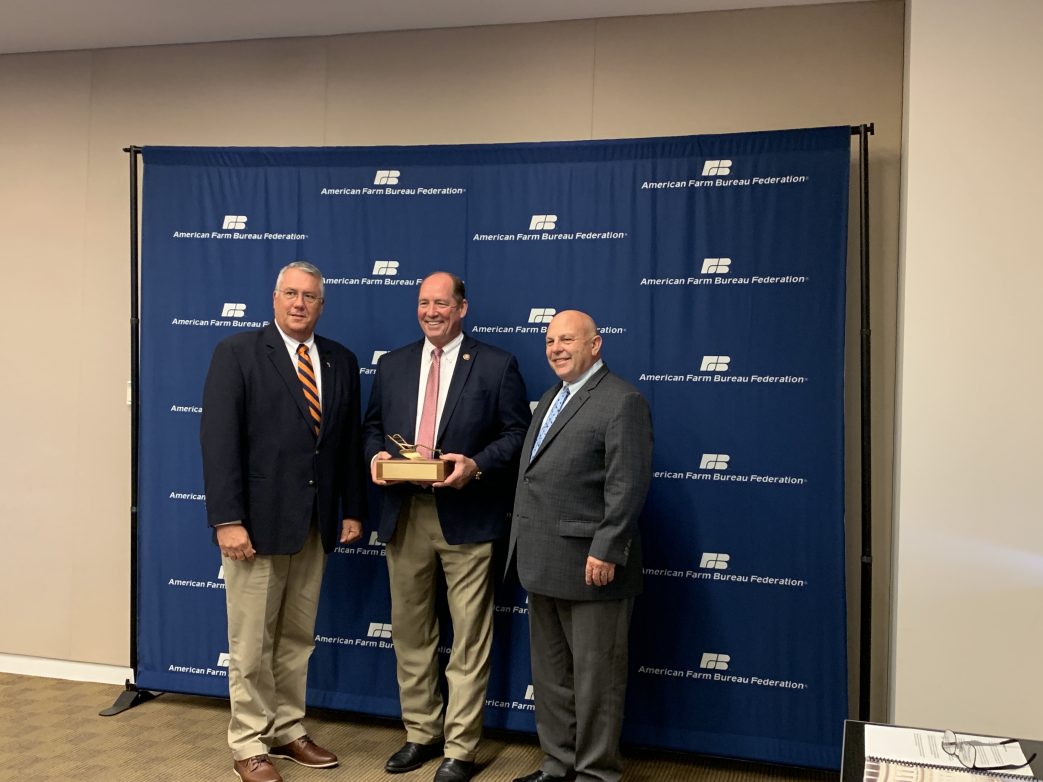 The Golden Plow award is the highest honor AFBF gives to current members of Congress who go above and beyond to be a voice for agriculture. According to the AFBF website, the “Golden Plow award recognizes members of Congress who exemplify agricultural leadership and support of Farm Bureau policies. Recipients are chosen for having a philosophy or record that demonstrates a commitment to sound agricultural policies supported by Farm Bureau, the private enterprise system, fiscal conservatism and reduced federal regulation of businesses and individuals.”

During the presentation, Duvall said Hoblick and others at FFB fought for Yoho to receive the award, due to his constant commitment to Florida agriculture.

The award presentation was made even more special by having an audience of Florida farmers. FFB is hosting its annual Field to the Hill event in Washington, D.C., during which members visit the hill to advocate for Florida agriculture.

Yoho offered some comments after receiving the award. He stressed the importance of public education on agriculture, as well as the importance of farmers and ranchers showing their faces in D.C. to tell their story and help in those education efforts. Yoho summed up his remarks by saying, “Thank you. I’m honored. This will go in the best place in my office.”

Yoho currently serves on the House Agriculture and Foreign Affairs committees. He also played an instrumental role in passing the farm bill by serving on the 2018 Farm Bill Conference Committee.