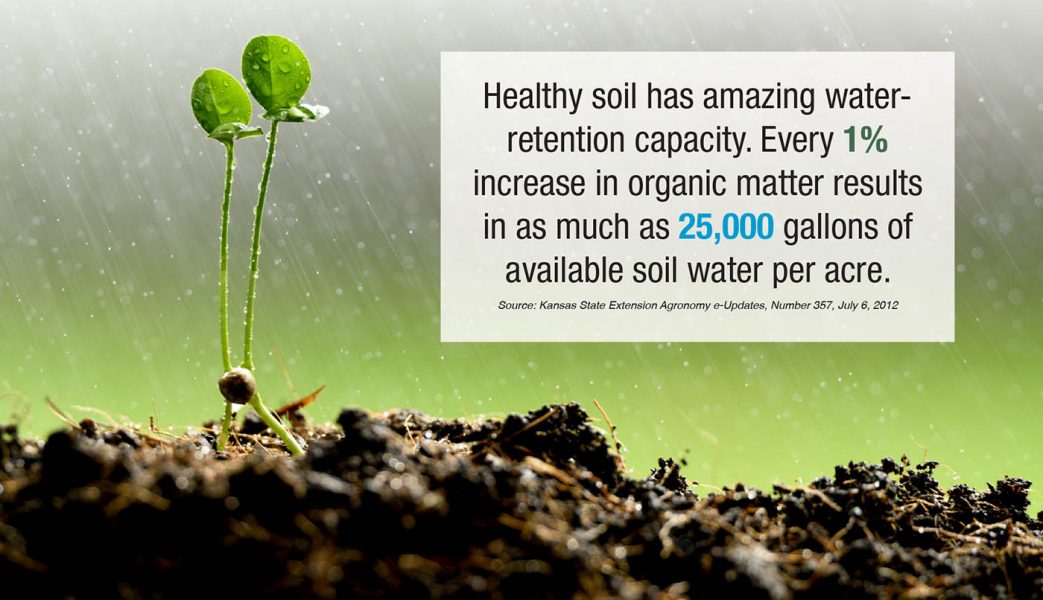 Regenerative agriculture is fast becoming a buzz phrase in America. You may have heard about it on the news, in feature films or in farmer forums online. You may have seen the words “regeneratively grown” on a box of mac and cheese, a tub of yogurt, a container of oatmeal or even a case of beer.

We often think of soil as simply soil, but soil is actually a very complex system. If you pick up a handful of healthy soil, approximately 45 percent of the volume is mineral (sand, clay or silt), 25 percent is water, 25 percent is air, and 5 percent is organic matter. Organic matter is a small part of most soil, but the services it provides to your farm are vast.

It is this last bit — carbon capture and storage — that has caught the attention of people from every walk of life and recently put agriculture on the big screen.

In the book “Soil as World Heritage,” soil scientists estimate that since the start of agriculture, approximately 320 billion tons of soil carbon have been lost worldwide from clearing land for agriculture. That is equal to the weight of 107 billion standard-sized pickup trucks.

According to the book, most agricultural soils worldwide have lost 12 to 16 tons of carbon per acre. That’s equal to 25 to 75 percent of what existed before the land was first cleared.

Where does soil carbon go when it is released? It goes back into the atmosphere in the form of carbon dioxide.

Tillage releases carbon stored in the soil back into the atmosphere. By minimizing tillage and focusing on building organic matter, soil can store the huge quantities of carbon that plants pull out of the atmosphere through photosynthesis.

The higher the organic matter level in the soil, the more carbon it is storing. According to Paul Hawken’s book “Drawdown,” for every 1 percent increase in soil organic matter, about 8.5 tons per acre of carbon are stored.

Most of the attention that regenerative agriculture is receiving boils down to the idea that agriculture can be a powerful force in removing the top greenhouse gas (carbon dioxide) from the atmosphere.

Farmers are clearly seeing the benefits. An estimated 108 million acres of farmland worldwide currently practice regenerative agriculture, according to “Drawdown.”

If you are interested in learning about regenerative agriculture directly from farmers who practice it, here are a couple videos to get you started:

Sarah Bostick is a University of Florida Institute of Food and Agricultural Sciences sustainable agriculture Extension agent in Sarasota.