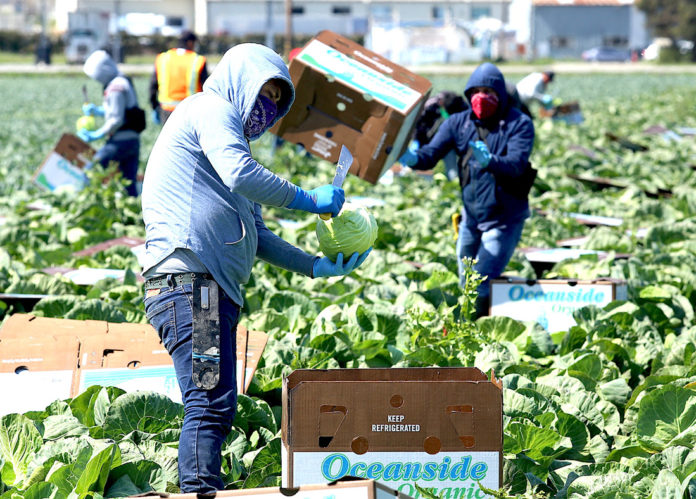 One governmental lobbyist believes agricultural groups and organizations need to tackle issues together and not depend on Congress to devise its own playbook with topics that are trending across the country.

This would lead to more touchdowns rather than missed opportunities.

Bob Redding, who works for the Redding Firm and serves as a lobbyist for agricultural groups in Washington, D.C., believes agricultural groups from the west and southeast need to work cohesively on topics like H-2A reform especially during a time of transition in Congress and in the White House.

“Every time we get into a new Congress and we start talking about an immigration reform package or Ag labor or H2A reform package, we have groups spring up to work on these things. This sends a very mixed message to members of Congress, particularly those who haven’t been around a while and haven’t been involved in this debate,” Redding said. “As you know, the frequency of members coming and going in Congress, not staying very long, staff coming and going; (there’s) less seniority and less tenure. It’s very confusing. We have each side come up. They do their fly-ins at the beginning of Congress, first or second quarter, and the messages are all different. Some are weighted heavier for the west. Some are heavier for the southeast.

“We have to get together and send a common message. We can’t go to Congress and say, ‘We can’t figure out what to do. You fix it for us.’ That’s just not going to work. It hasn’t worked. We have a multi-year track record of failing on these initiatives. Until we figure that out from an industry perspective, we really aren’t going to make any progress on it.”

H-2A refers to the temporary agricultural employment of foreign workers. According to the U.S. Department of Labor, Section 218 of the Immigration and Nationality Act Authorizes the lawful admission into the United States of temporary, nonimmigrant workers to perform agricultural labor or services of a temporary or seasonal nature.

Redding said the administrative burden on H-2A is getting worse for employers who utilize the program.

“If the new administration takes a different view on H-2A than the current administration, the administrative piece is going to get worse. We may see some reforms. We went from the (President Georgia W.) Bush administration to (President Barak) Obama’s first term, there were some reforms that were reversed at the Department of Labor,” Redding said. “This part could get more problematic for Ag employers if we don’t address something from the employer side through Congress. The pitch is in the first couple of quarters that growers from these two regions need to work it out.”

Just recently, the Department of Labor updated the methodology for determining the annual Adverse Effect Wage Rates (AEWRs) in the H-2A program. The new rule improves the consistency of the AEWRs, provides stronger protections for workers and establishes better stability and predictability for employers in complying with their wage obligations.