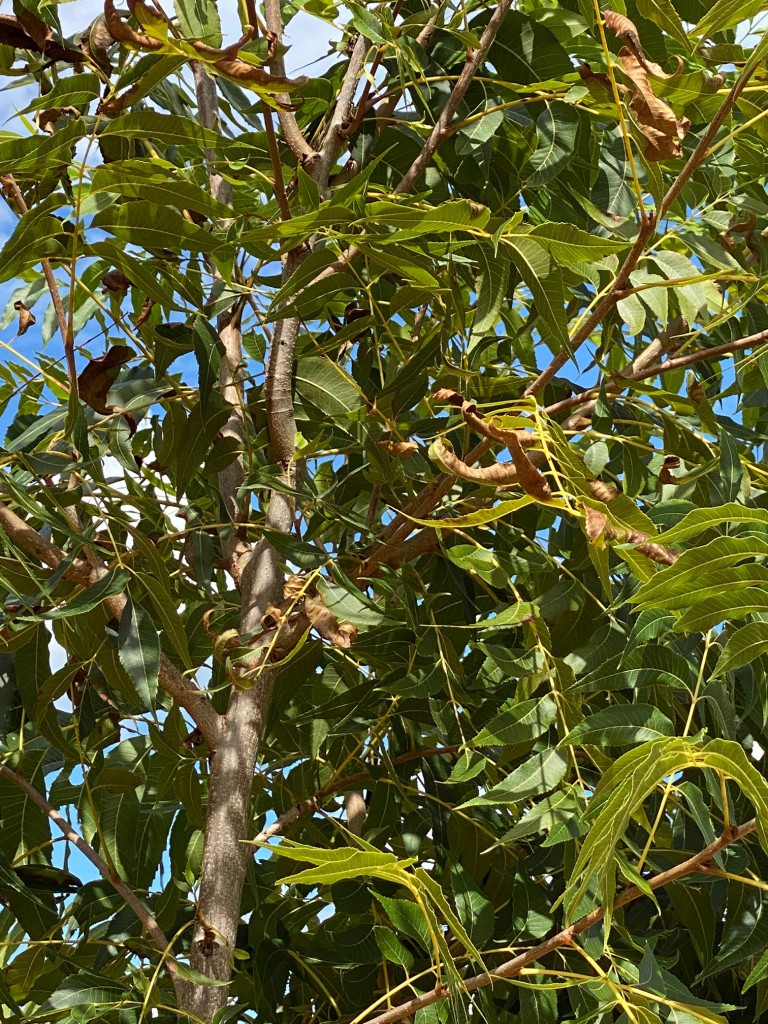 Recent rainfall is a sight for sore eyes for pecan farmers on the verge of harvesting this year’s crop, according to University of Georgia Extension pecan specialist Lenny Wells.

“We’ve had years where August and September we didn’t get a drop of rain. Even with the best irrigation the percent kernel didn’t fill out as good as you would expect,” Wells said. “A little bit of rain goes a long way during this time as far as that goes.”

Weeks of dry conditions and extreme temperatures led to multiple counties in Alabama and Georgia being classified as ‘abnormally dry’ by the US Drought Monitor. This led to tough conditions for pecan trees producing a crop.

“We were seeing a lot of that leaf scorch, especially on the young trees where the roots were getting a little burned from the heat. It’ll be 105 degrees down 5 or 6 inches, and that’ll burn and kill off some of those feeder roots. You get some scorching and that kind of thing,” Wells said. “This (recent rain) will give some relief from that for sure.”

Harvest Season About to Begin

With harvest season just a month or two away – Wells believes the Pawnee varieties will be harvested in mid-September – this is an important time in the production season for the nuts to receive water.

“We’re into the kernel fill stage and that’s such a high energy demand process and especially when they have a heavy crop on them like we see out there this year, it just takes a lot of water to fill those nuts out as the kernel forms,” Wells said. “The crop is probably two weeks ahead of schedule. But a lot of our main varieties are right in the middle of filling those kernels. Some of the early stuff has already got kernels already in place. But the water’s still going to be beneficial to helping them go on and mature properly and open up properly.”