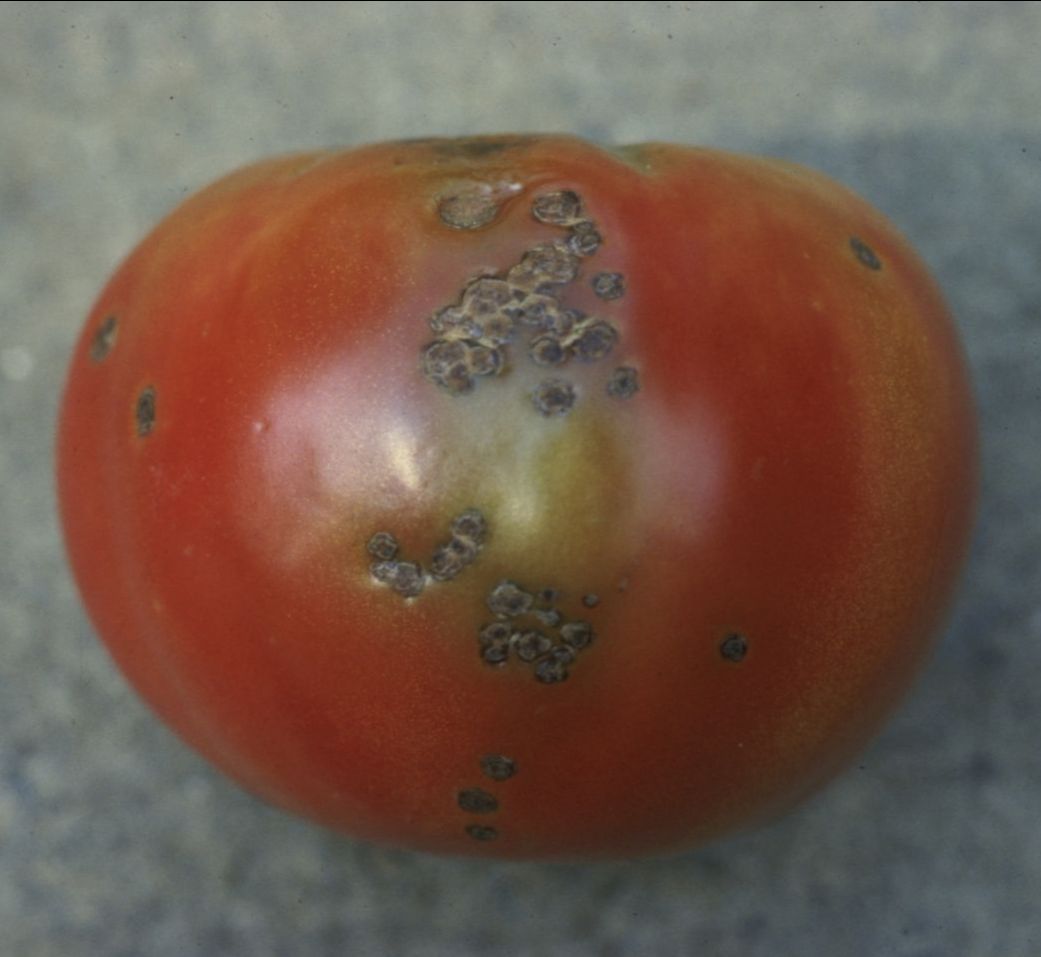 Alabama vegetable producers need to stay vigilant with their fungicide spray programs. With the wet summer across the state, disease pressure is building in vegetable crops, said Ed Sikora, professor and Extension plant pathologist in the Department of Entomology and Plant Pathology at Auburn University.

“We’ve been getting hit hard with bacterial spot (in tomatoes) as you would expect, both in Southeast and Southwest Alabama,” said Sikora. “The crop is pretty much done. Spot was a problem this year as it was last year because of wet weather.

“We’re also starting to see southern blight start up on tomatoes as well as some of the cucurbit crops. I think as it heats up, we’ll see more southern blight in fields with a history of the disease.”

What is Bacterial Spot?

It significantly affects marketability. Dark leaf lesions can occur on the leaves. Spots are rounded but may be angular if restricted by leaf veins. Spots on the fruit appear as small, black, raised pimples that are surrounded by a narrow greenish-yellow halo. Large numbers of the spots will reduce fruit quality.

What is Southern Blight?

Southern blight symptoms include wilting and yellowing of the tomato plant with a white fungal growth at the base of the plant. Alabama Extension recommends destroying infected plants if possible. Other options include planting earlier to avoid the high temperatures of the summer months, increasing plant spacing to improve air flow and maintaining a balanced fertility program.  Deep tillage at the end of the year will also aid in reducing disease inoculum for the following crop.

Sikora said that South Alabama farmers are done for the season, but North Alabama farmers should continue to pick for at least two more months. Disease pressure is not currently bad in the northern part of the state, but that could change soon if current wet weather patterns continues.

According to the U.S. Drought Monitor, there is sufficient moisture throughout Alabama.