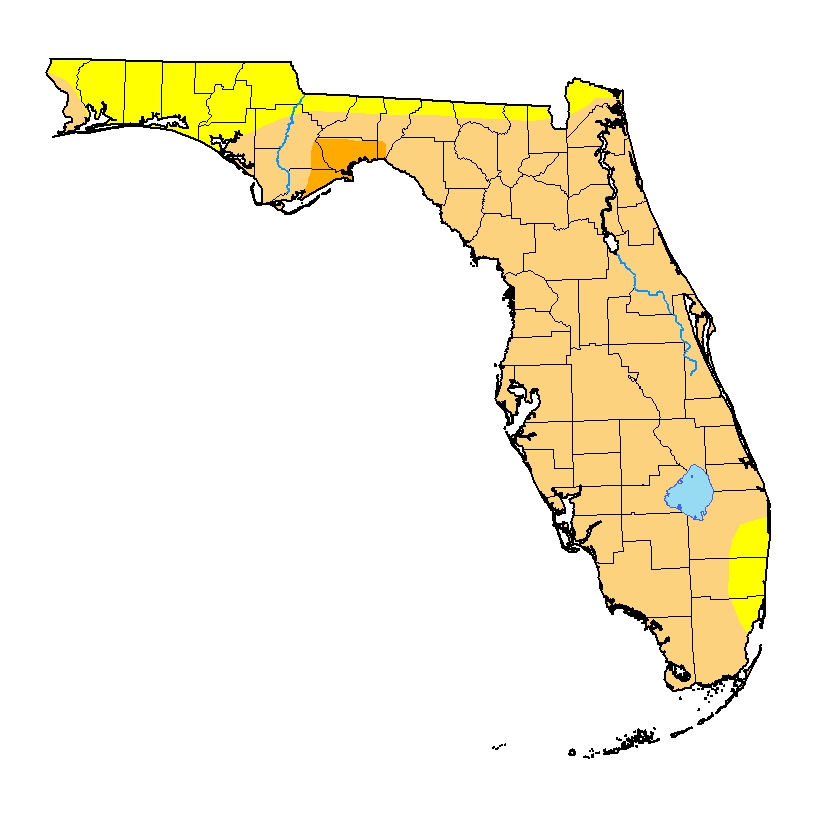 There may be light at the end of a dark and dry tunnel for Florida farmers with increased chances of rainfall over the upcoming week.

According to Gary England, RSA/Director for the Hastings Ag Extension Center in Hastings, Florida, the same weather system currently ushering severe weather into the Southeast will elevate rainfall chances in the Hastings area beginning today.

“The one system moving through right now is supposed to go stationary, meaning it will hang around, keeping things mixed up. So, we’ll have a pretty good chance of rain from that through Wednesday.”

The front is expected to move south down the peninsula Thursday and stall once again, somewhere near the Big Lake, thus keeping a chance of some showers in northeast Florida through Friday. In addition, a second front is expected to pass through the region on Saturday, stalling in central Florida. This will keep rainfall chances moderate to high through the weekend.

According to the National Weather Service’s Weather Prediction Center, the Hastings area can expect to see 1.0 to 2.0 inches of rainfall through next Monday.

“It seems like the regions who are experiencing the worst of the drought are in the areas we’re expecting some rainfall,” England says. “However, that still has to materialize. These stationary fronts may be predicted to be in one place but could remain 50 miles south or north. Rain chances can dramatically change so we’ll have to see how it plays out over the next week.”

Lack of rainfall for the months of March and April have caused concerns for Florida farmers.

According to the U.S. Drought Monitor, the state of Florida is experiencing abnormally dry or moderate drought conditions. Most of Wakulla County, Florida and parts of Liberty and Franklin County, Florida are deemed ‘D2’ status which is a severe drought.

Florida’s growers are no strangers to dry spells and having to utilize irrigation systems during periods of less than average rainfall. However, applying more irrigation than normal can create additional issues for growers on top of the high costs to operate the irrigation systems.

“Generally, we’re pumping water out of the Florida Aquifer. The chemistry of the water in the Hastings area tends to be a little more saline. So, with extended periods of irrigation you could see some harmful effects from that,” England says.

In addition, increasing temperatures could be troublesome for growers.