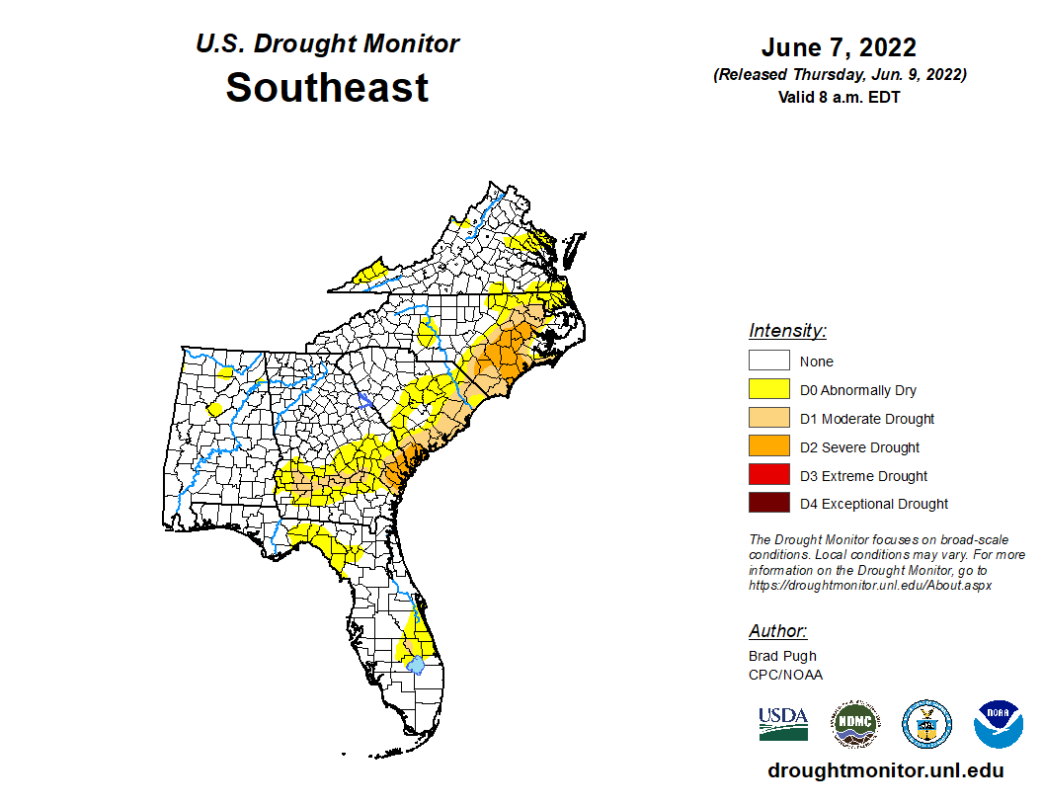 Increased rain events across the Southeast are alleviating more of the drought-like conditions being felt in Alabama, Georgia and Florida, according to Thursday’s release of the U.S. Drought Monitor.

Sporadic areas in Alabama are abnormally dry. These include Morgan, Cullman, Jefferson and Cherokee counties in the northern area of the state. Also, a small part of Henry County along the Alabama-Georgia state line is abnormally dry.

Two areas in Florida remain abnormally dry. One is located in the southeastern region of the state, including Brevard, Osceola, Highlands, Okeechobee, Glades, Martin, Saint Lucie and Indian River counties. The other is located in the northern area of the state, including Wakulla, Leon, Jefferson, Madison, Taylor, Lafayette, Dixie, Gilchrist, Suwanee, Columbia, Union, Alachua and Levy counties.