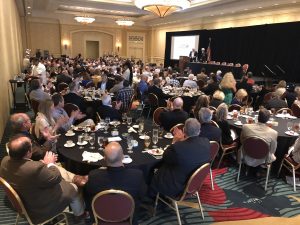 By Gary Cooper, Founder and President of AgNet Media, Inc.

The three Republican candidates for Florida Agriculture Commissioner presented their views to approximately 200 attendees at a recent Candidate Summit Luncheon near Orlando. Coldwell Banker Commercial Saunders Real Estate organized and hosted the event in conjunction with its  10th annual Lay of the Land Conference, which draws a strong agricultural following.

Florida Commissioner of Agriculture Adam Putnam attended as a candidate for Florida governor, and was the only gubernatorial candidate who showed. Saunders said other known candidates for these statewide offices were invited but declined to attend. Putnam’s comments to the media were reported already on the Southeast AgNet website at the time of the event.

This post features a series of special reports. The links below are from a series featured on SoutheastAgNet.com, which included five feature news posts, one each day throughout next week, that featured the three republican candidates for Florida agriculture commissioner who attended the summit, (in the order they spoke), Matt Caldwell, Denise Grimsley and Baxter Troutman. 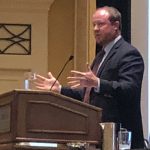 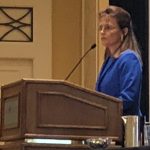 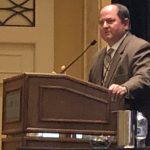 Traditionally AgNet’s radio and magazine media seldom tread into covering political races for any particular public office. We’re simply not set up for it, nor do we have the resources for that type of news coverage. Therefore, we prefer staying focused on farm news and information that we hope our audience finds informative, useful and interesting. Occasionally, however, opportunities present themselves to ask questions of candidates about agriculture, in the normal course of our industry coverage, particularly when they step into agricultural events that make it more appropriate for us to do so.

Such was the case with this event earlier in April, where I asked each of the Republican candidates for Florida agriculture commissioner the same five questions individually. The voice recordings of each of their answers, exactly as they provided them to each of the five questions, are featured in the links below.

Question 1: Please complete the following statement: “I want to be Florida’s next Agriculture Commissioner because …”

Question 2: Florida is now the third most populous state in the nation and is projected for more major urban expansion in the coming decade and beyond. Florida also remains one of the nation’s leading agriculture producing states, even though most of the state’s residents don’t realize it. How do you plan to lead and protect agriculture in a state where candidates need urban sector votes to get elected?

Question 3: In your view, what are the three biggest or most challenging issues for agriculture and Florida farmers and ranchers in the next 10-20 years, and how would you plan to deal with the number one issue on your list?

Question 5: Consider Florida’s “Family Lands” program, where the state buys or participates in purchase of development rights of land parcels while allowing agricultural families to keep their farm operations going through future generations. There are some 140 or more parcels presently applying for the program, all of which are potentially worthy and all from farm families wanting to stay on the land and prevent it from development, but also wanting to remain profitable as a sustainable agriculture operation. However, money is limited and it often seems tough to get the Legislature to come along with sufficient funding. So, how do you balance the timely wants and needs for that program with the lack of funding, in order to save a lot of that land that may otherwise be pressured into development or sold outright to non-farm investors?