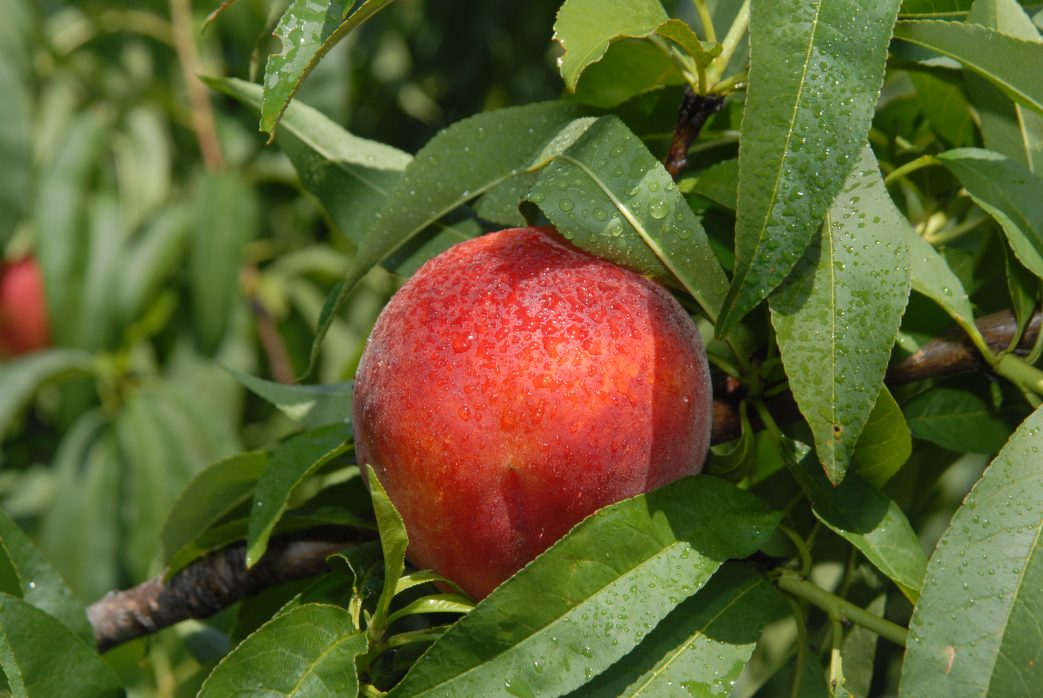 Believe it or not, many consumers and retailers do not know that peaches are grown in Florida. However, thanks to a Specialty Crop Block Grant, the Florida Specialty Crop Foundation (FSCF) and Fresh From Florida (FFF) are working to raise awareness of Florida peaches.

FSCF initially received the grant in 2017. After two successful seasons, the grant has been extended for another two years. Sonia Tighe, executive director of FSCF, has led the efforts for the peach project.

The peach marketing campaign has been a two-pronged approach: 1) reaching out to retail buyers along with their advertisers and public relations professionals and 2) outreach to consumers.

According to Tighe, FFF has found retail buyers and created artwork for consumer outreach. “They have been an incredible partner in this process,” she says.

When the campaign efforts began, several of the retail buyers did not know that peaches were grown in Florida. So, a lot of the outreach to retail buyers involved educating them about the Florida peach industry. The program started with an advertising campaign to promote the peaches to produce buyers. After the first year, these campaigns saw great results. Buyers began contacting FSCF and wanted to know more about Florida peaches and how they could get them in their stores.

In-store sampling was used to not only appeal to retailers, but consumers as well. After the first year, in a major chain in Canada, Florida peach sales increased 319 percent over the previous week during the sampling. Furthermore, the year-over-year sales growth was 50 percent higher due to the sampling. Florida peaches were available for tasting in stores, including at this Walmart in Sebring, Florida.

For the 2018 season, six retail chains participated in the campaign, with in-store sampling stations set up in over 165 stores, which was an expansion from the 2017 season. Three of those retail chains put Florida peaches in advertisements, which were expected to reach 970 stores. Results from these ads and more in-store sampling for the 2018 season have not yet been reported.

Tighe says FFF was a “tremendous resource” for this facet of the campaign. FFF gave FSCF the connections and resources needed to make Florida peaches as appealing to retailers as possible.

CONSIDERING CONSUMERS
Creating awareness of Florida peaches among retailers does not do any good if consumers don’t share that awareness. Because of this, the second prong of the marketing campaign is consumer outreach.

Although in-store sampling gave consumers the chance to taste the peaches firsthand, Tighe knew the internet was necessary to gain maximum awareness among consumers. At the request of the Florida Peach Advisory Group, instead of creating a Florida peaches website, she used Facebook only. “We’ve gotten very good consumer interaction with that,” Tighe says.

By the end of the 2018 season (April, May and June), the Florida Peaches Facebook page (www.facebook.com/FLpeaches) had 5,356 fans, 6,539 engagements and 215,000 impressions, which was a 53 percent increase from the first quarter. The top interacting cities were Jacksonville, Orlando, Tampa, Miami and Gainesville. “(Those are) obviously some of the key cities we want to reach,” Tighe explains.

Since the grant was extended through the 2020 peach season for $249,367, Tighe is beginning to make plans for the next round of outreach. A new logo is being designed that will make its debut on the Facebook page and be available for any Florida peach growers who want to use it.

Tighe hopes to add more customer outreach efforts and find ways to engage additional food bloggers for the 2019 and 2020 seasons. If food bloggers become involved, Florida peaches may make their way into some recipes, driving more consumers to the store. A website will also be developed to expand Florida peaches’ online presence.

Tighe says Publix began selling Florida peaches again. “That’s a major step forward. We’re very excited about that,” she says. However, Publix wanted two-pound bags of peaches instead of boxes. Tighe is evaluating how this may impact the campaign.

Over the next two years, Tighe also wants to promote Florida’s you-pick peach operations within the campaign materials.