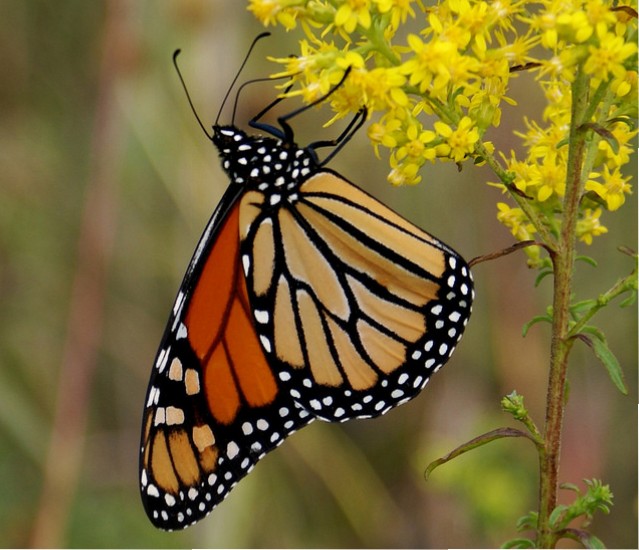 The American seed industry is pulling together in an effort to help save the Monarch butterfly. It’s a move that one farmer says could also save big headaches for him and other growers. Sabrina Hill reports.

Andy Ernst is the owner of Ernst Conservation Seeds. He points out he’s also a farmer and has a vested interest in the industry. He says the continuing decline of the Monarch butterfly could cause problems.

“One of the things that’s of concern right now is, there are groups that are trying to make the Monarch butterfly an endangered species. And if we have that, that could cause problems,” Ernst said. “And, I think personally, that would be to the detriment of the Monarch butterfly because it creates a scenario where we are going to have people who are not going to want to have the (plant) species to help them grow in their area because they would be afraid of what kind of government controls they would be put under.”

Some of those groups pushing for the endangered species classification are using the Monarch butterfly decline to push other agendas, such as anti-biotech and anti-pesticide opinions.

But the seed industry is taking an active approach to help the Monarch butterfly population. American Seed Trade Association’s Vice President of Government Affairs, Jane DeMarchi, says a key ingredient in the mix is milkweed. Due to the efficiencies of modern herbicides, milkweed has all but disappeared from the thousands of agricultural acres along the Monarch’s migration route.

“But milkweed has been identified as one of the key species of plants that’s really necessary for the Monarch to thrive. So there’s a number of initiatives both state-based and national to try and increase Monarch habitat,” DeMarchi explained. “In the seed industry, we have milkweed seed available. We’re finding that we can put it into a mix so you can have benefit generally for pollinators and also Monarch specifically, but there’s some concerns about planting milkweed as well. Lots of people have spent a lot of time trying to eradicate milkweed. So, to bring it back and as someone described it, and rebrand it as milkflower, it’s going to take some more time for people to get used to doing that and to figure out how they can best plant milkweed and have it be beneficial to the Monarchs at the same time, and not do any harm to their agricultural lands.”

The answer, experts say, is to encourage growers and others to plant milkweed along a key stretch of the nation. Ernst explains:

“What the goal is, is to create a pollinator corridor. So that, as particularly the Monarch butterflies are migrating from Mexico up into the Upper Midwest, they are able to have a continuous supply of the vital plants they need to complete each generation. The goal would be to use, basically, the I-35 corridor to have plantings placed that would make it so that each generation would have a reasonable distance to fly and be able to find a reasonable size habitat area to propagate and to start to expand the population again. ”

Ernst points out no farmer wants milkweed in areas where it shouldn’t be, but he says there is room for it in buffer zones and along roadsides.

“There’s thousands of acres available in the roadsides. Of course, we always have the question, ‘what about the bugs getting hit?’ My response to that is, if the bugs are getting hit, that means there are bugs to be hit. So, we’ve actually done something to benefit the overall population.”

The correct type of milkweed seed is available to growers, as is funding for providing a butterfly habitat. For seed questions, growers may contact the American Seed Trade Association, and for information on funding, they should head to their local Farm Service Agency office.