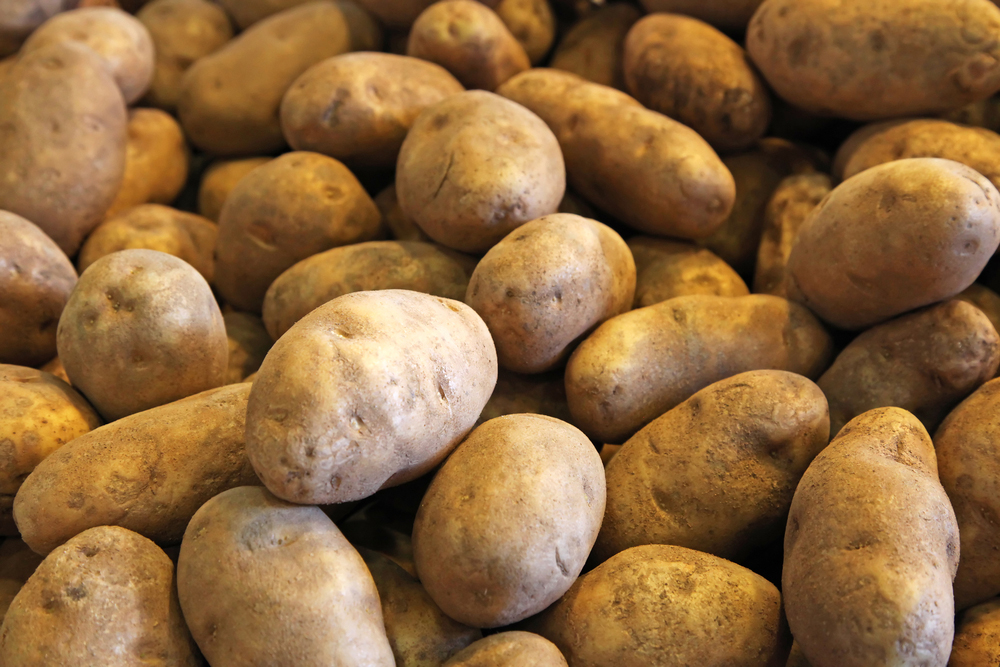 Prior to the meeting, Dufault and the University of Florida Institute of Food and Agricultural Sciences Plant Diagnostic Center identified late blight on a potato sample from Saint Johns County. It was sent off for genotyping and came back as US 23. In his presentation, Dufault discussed how monitoring this pathogen has impacted potato management in the past. Dufault said that “knowing this genotype can help with our management programs.”

Dufault provided the field day participants with a handout that had information on the genotype from the website usablight.org. This website has monitored potato late blight since 2009. The website has gotten samples of US 23 from many sites across the United States, however, a small number of samples are still observed to be US 8, an intermediate resistant genotype to mefenoxam.

So far, this recent sample from Saint Johns County has been the only sample in 2019 identified as US 23. Since 2014, all eight St. Johns County samples come back positive for US 23. “On the positive end … (US 23) is sensitive to Ridomil, which means it’s one more tool we can still have in our toolbox out there managing late blight disease,” Dufault said.

Dufault gave growers several steps to help manage and avoid potato blight. He recommended growers try not to use Ridomil (or other products containing only mefenoxam) by itself. Instead, he advised mixing in multisite products or selecting a premixed product. Specifically, he mentioned mixing in chlorothalonil, commonly known as Bravo. It’s important to only use these products (mefenoxam) when necessary. He said to try and apply fungicides before the disease becomes a major issue. “Use it as a protectant, not as an eradicate,” Dufault noted.

He advises growers to try to keep the leaves and plant healthy and monitor for diseases as frequently as possible to stay ahead of any issues. Late blight fungicide resistance is still a concern since the US 8 genotype is identified each year in the United States. Once growers have identified the disease and possibly tested for the genotype, they can decide what product would be the best for managing the disease.

Dufault also provided a list of late blight fungicides. A more complete list of these fungicides can be found in the Vegetable Production Handbook of Florida, however he wanted to give growers an idea about alternative products that don’t have the same mode of action as Ridomil. Dufault wanted to show growers there are other options as far as fungicides go. He also mentioned that every fungicide application decision depends on return on investment that growers get from these crops and the product applications.

Overall, the Potato Field Day was successful for growers, Extension agents, scientists and the industry. “I appreciate the potato field day. Every year it gives me an opportunity to go out and talk with growers and get an idea of what they’re interested in and also see what the other research is going on,” concluded Dufault.