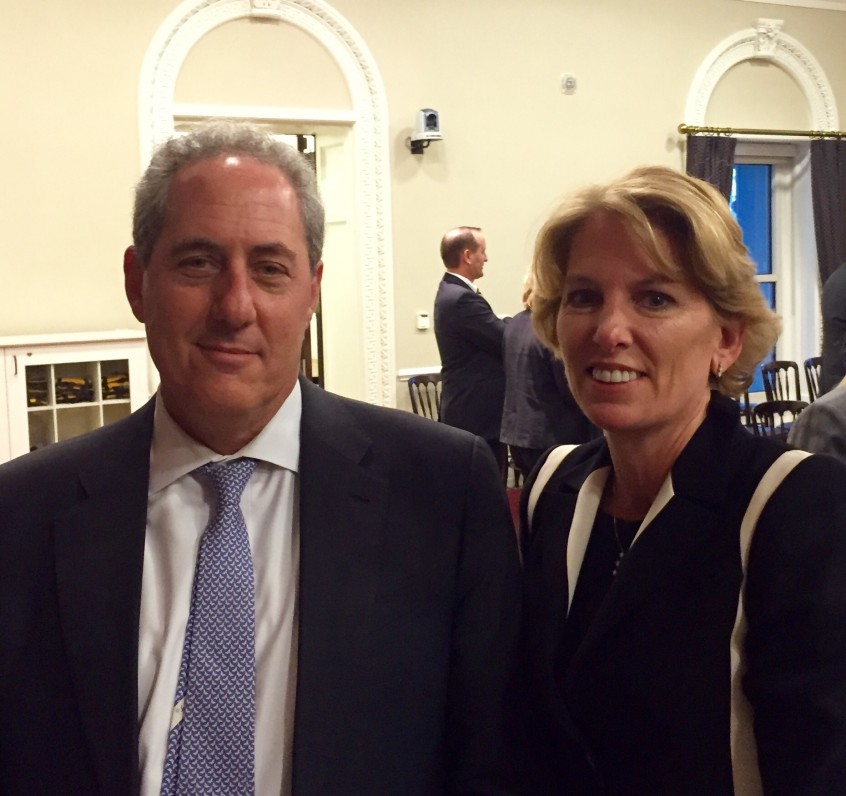 Newark, Del. — Global trade is critical to the fresh produce industry, and Produce Marketing Association (PMA) President Cathy Burns brought the industry’s perspective to a White House meeting on global trade policy Feb 29. The discussion among high-level U.S. trade officials and other leaders from across the agricultural sector focused specifically on the Trans-Pacific Partnership (TPP).

Burns, joined by PMA Vice President of Global Business Development Richard Owen, offered PMA’s support for TPP and called for strong implementation and enforcement. She stressed free and fair trade is central to world supply of fresh fruits and vegetables. The meeting also provided PMA an opportunity to highlight issues unique to perishable fresh products, such as the rapid notification of shipments held at point-of-entry.

“Whether a buyer or a supplier, the expectation of U.S. consumers for year-round fresh produce means the produce industry is heavily dependent on continued strong growth of international trade,” said Burns. “Furthermore, given that trade experts predict middle-class consumers in the Asia-Pacific region will be the world’s largest buyers of fresh fruits and vegetables by 2030, the Trans-Pacific Partnership is an important growth opportunity for our industry.”

TPP signifies the recently negotiated trade agreement between the U.S. and 11 Pacific Rim countries projected to boost incomes by $285 billion over the next 10 years. The 12 countries represented in the agreement account for 40 percent of the global economy. Collectively, these countries compose a market of 500 million people, an economy of $10 trillion and three of America’s five largest trading partners. The deal is expected to bring tariffs to near zero for almost all fresh fruits and vegetables traded among the 12 countries and also establish binding rules for how participating countries deal with sanitary and phytosanitary issues. PMA serves an active membership in nearly all TPP countries, with particular strength in TPP countries of the U.S., Canada, Mexico, Peru, Chile, Australia and New Zealand.

“We’re grateful to the White House for giving the global produce industry a voice and for the tremendous opportunity to learn from the perspectives of other global trade leaders,” said Burns. “This meeting reinforced for me TPP’s significance to PMA members’ prosperity and the merit of PMA’s work to advance global trade.”

“The buying and selling of fresh produce is often a global transaction, and becoming more so every day. The produce industry’s ability to compete in international markets is tied to the ability of the Pacific Rim countries to eliminate barriers to facilitate free and fair trade,” said Owen.

As Burns noted in the meeting, PMA will closely monitor the impact of implementation, particularly surrounding sanitary/phytosanitary and market access issues. The association will also continue its push for even greater free and fair trade around the globe.