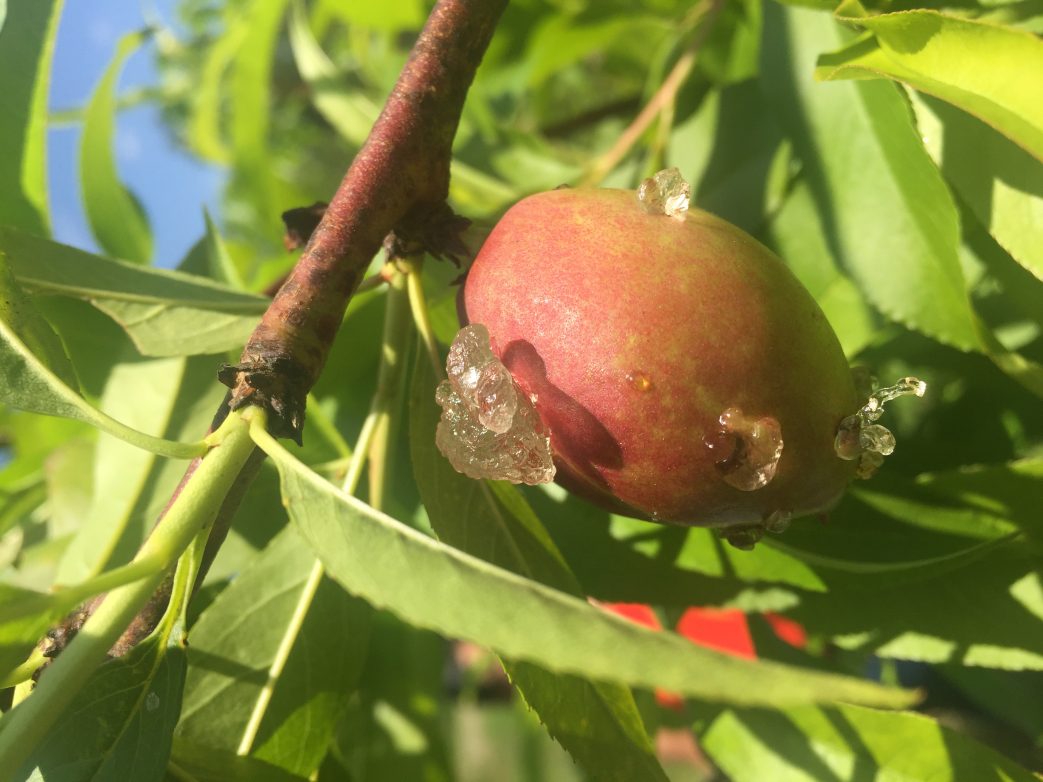 The crescent-shaped brown spot is the scar created when the female weevil oviposits.

Cory Penca, an entomology Ph.D. candidate and a student  in the Doctor of Plant Medicine program at the University of Florida, gave a presentation at the recent Stone Fruit Field Day on managing key pests of peaches in Florida. Plum curculio was one of several pests he discussed.

Plum curculio is a type of weevil that doesn’t seem to be a big problem in Florida yet based on Penca’s trapping to monitor for this pest. The plum curculio weevil is present in some areas, but it is unknown at what levels. This is a question that Penca and others are researching.

In the rest of the Southeast, plum curculio is considered one of the worst pests around. This pest causes issues because the adults chew on the fruit to lay their eggs, creating a crescent-shaped scar. Larvae will develop inside the fruit, and the damaged fruit will drop from the tree. Penca said this is how you can asses if you have a weevil problem. After the fruit drops, the developed larvae will then crawl on the ground to pupate.

For monitoring, Penca recommends using a black pyramid trap that’s similar to the stink bug trap. There is also a trap that goes around the trunk of the tree. This trap has a screen with a funnel shape at the top that directs the plum curculio weevil to crawl up into the funnel where it is captured in a jar. “These methods work, but they aren’t going to catch a ton of weevils, only a few at a time,” said Penca. “It’s important to control it early because they are going to affect the fruit when they’re small, and a lot of the same chemicals can be used as with stink bug management.”

“Right now we think that it’s (plum curculio) probably not a huge problem as you move southward into Florida and especially around the coast, primarily because its wild hosts that the pests live on when it’s not in the crop are less common in that area.” concluded Penca.