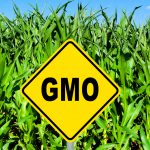 It’s been announced that an agreement has been reached on legislation from Senate Agriculture Committee Chairman Pat Roberts (R-Kan.) and Ranking Member Debbie Stabenow (D-Mich.) that would set a national standard for the labeling of foods containing genetically modified ingredients, or GMOs. Tyron Spearman has more.


From the American Soybean Association:

“This package has been a long time in coming, and we’re happy to see it introduced today,” said ASA First Vice President Ron Moore, a soybean farmer from Roseville, Ill. “Soybean farmers absolutely support this bill and we call on the Senate to pass it as soon as possible.”

The bill would establish a national standard of mandatory disclosure through a variety of options, including quick-response (QR) codes, 800-numbers, websites and on-pack labeling, such that companies would be able to select the method of disclosure that works best for their range of products.

“The work put in over the past year by Chairman Roberts and Ranking Member Stabenow has yielded a piece of legislation that gives consumers the information they want and need, yet doesn’t drive a proven-safe technology from the marketplace through the stigmatization that comes with language that could be perceived as a warning label,” added Moore.

By setting a national mandatory standard, the bill would preempt state labeling laws, and in doing so prevent a patchwork of differing standards between states. Also, and perhaps most importantly for the nation’s soybean farmers, the establishment of the national standard removes the stigmatization that comes with explicit language on products.

“We’ve seen time and time again that regardless of the repeated proven safety of GMOs, consumers react negatively when presented with a product containing a warning label,” said Moore. “If consumers panic and run from these products based on false stigmatization, companies are forced to reformulate away from this safe and affordable technology. Not only would this result in food more expensive food for consumers, but prices for soybean producers would fall sharply.”

The legislation is the product of a full year of discussions and negotiations between Republicans and Democrats, a point ASA says illustrates the bipartisan, compromise nature of the package, and cites as a key reason for the association’s support.

“We get nothing from a ceremonial effort,” said Moore. “What we need is a piece of legislation that can pass, and in today’s Congress, that means a bipartisan compromise. There are 30 soybean-growing states in the U.S.—that’s the 60 votes we need to pass the bill in the Senate. The Chairman and the Ranking Member have a comprehensive bill that both Republicans and Democrats can support and we will call on every one of the soy-state Senators to back this farmer priority.”

It is anticipated that the bill will come to the Senate floor for a vote next week.

From the Coalition for Safe Affordable Food:

(Washington, D.C.) – Pamela G. Bailey, President and CEO of the Grocery Manufacturers Association and Charles F. Conner, President and CEO of the National Council of Farmer Cooperatives and the co-chairs of the Coalition for Safe Affordable Food, released the following statement today in support of the Roberts-Stabenow GMO labeling agreement:
“This is the solution needed for the entire food chain in our nation from farm to fork: consumers, farmers, food producers, manufacturers, retailers and small businesses. Chairman Roberts and Senator Stabenow demonstrated real leadership by coming together on a bipartisan agreement that provides certainty to consumers and protects our national food chain from the costly negative impacts of Vermont’s on-package labeling mandate. By offering increased transparency and disclosure in a clear and consistent manner, this legislation will ensure consumers who want to learn more about the products they buy have the ability to do so.”
“The bipartisan Senate agreement is welcome news for farmers, consumers and food manufacturers across the United States. This solution increases consumer access to additional product information without stigmatizing a safe, proven technology that is relied on by American farmers. While Vermont’s GMO on-package labeling mandate is set to take effect on July 1, we remain confident that, with today’s Senate agreement, a national solution can be passed into law by Congress before the negative impacts of Vermont’s law become pervasive.”

From the National Milk Producers Federation:

ARLINGTON, VA – “We are very pleased that the months-long effort to develop a compromise national solution to provide information to consumers on foods made with biotechnology has resulted in a strong agreement.

“We commend Sens. Pat Roberts and Debbie Stabenow for their efforts to produce this sound and workable approach that will reaffirm the federal government’s role in food labeling policy and prevent the chaotic mess that would arise from leaving this issue to the whims of 50 different states. It is now critical that the Senate vote on and approve the Roberts-Stabenow agreement as soon as possible next week, prior to July 1 when the Vermont biotech labeling law is slated to take effect.

“We’re pleased that the legislative proposal clearly stipulates that milk and meat from animals that consume feed grown from biotech seeds are not subject to the labeling disclosure provisions. This is an important common sense provision. Milk and meat are not genetically modified just because the cows consume biotech feed, just like humans are not genetically modified by consuming foods derived from biotechnology. NMPF argued strongly for this provision throughout the negotiations process, and we are pleased that Sens. Roberts and Stabenow agreed with us.

“Earlier this month, our Board of Directors and our national Young Cooperators held dozens of meetings in the Senate and House to advocate for a national policy on this issue. Following those visits, the NMPF board adopted a resolution calling on Congress to act quickly to provide consumers across the country clear and consistent information on food biotechnology. It is gratifying that this grassroots expression from dairy farmers across the country had a positive impact.

“We are confident that this agreement will allow food companies to provide additional information to consumers about the products and processes used in formulating their foods in a way that doesn’t stigmatize foods produced with biotechnology. This will be important in addressing the interests of consumers and food producers, and ultimately to the future of agricultural sustainability.”

From the National Corn Growers Association:

The National Corn Growers Association today thanked Senate Agriculture Chairman Pat Roberts, R-Kan., and ranking Democrat Debbie Stabenow of Michigan for their work to put forth the agreement announced today that will address the growing threat of a patchwork of state labeling laws. NCGA strongly urges that the Senate and House both act as swiftly as possible to pass this important legislation.

“The introduction of this solution comes at a critical time when Congress must act to restore sanity to America’s food labeling laws,” said National Corn Growers Association President Chip Bowling, a farmer from Maryland. “GMOs are perfectly safe and America’s farmers rely on this proven technology to protect our crops from insects, weeds and drought. Important food safety and labeling decisions should be made by qualified policymakers, not political activists and campaigns. Yet, despite the scientific evidence, Vermont will place into effect a costly, confusing mandatory labeling legislation, and other states will follow in rapid succession.

“It is imperative that the Senate and House both take up this issue immediately to avoid a situation in which all American consumers pay a high price and gain little actual information.”

Vermont’s mandatory law requiring on-package labels of foods containing ingredients that have been genetically modified takes effect in July, and unless Congress acts now, families, farmers and food companies will face chaos in the market and higher costs. Multiple studies have shown that the associated costs with Vermont’s GMO-labeling law and a subsequent patchwork of state laws will cost American families hundreds of dollars more in groceries each year – with low-income Americans being hit the hardest.

The Roberts-Stabenow agreement brings continuity to the marketplace, ensuring that consumers have the access to product information they deserve without stigmatizing this safe, proven technology valued by American farmers.

NCGA, working with partners across the value chain, has pushed for a solution to this issue for more than two years now as a member of the Coalition for Safe Affordable Food.

For more information on the need for a federal labeling standard, visit the Coalition for Safe Affordable Food, at www.CFSAF.org.