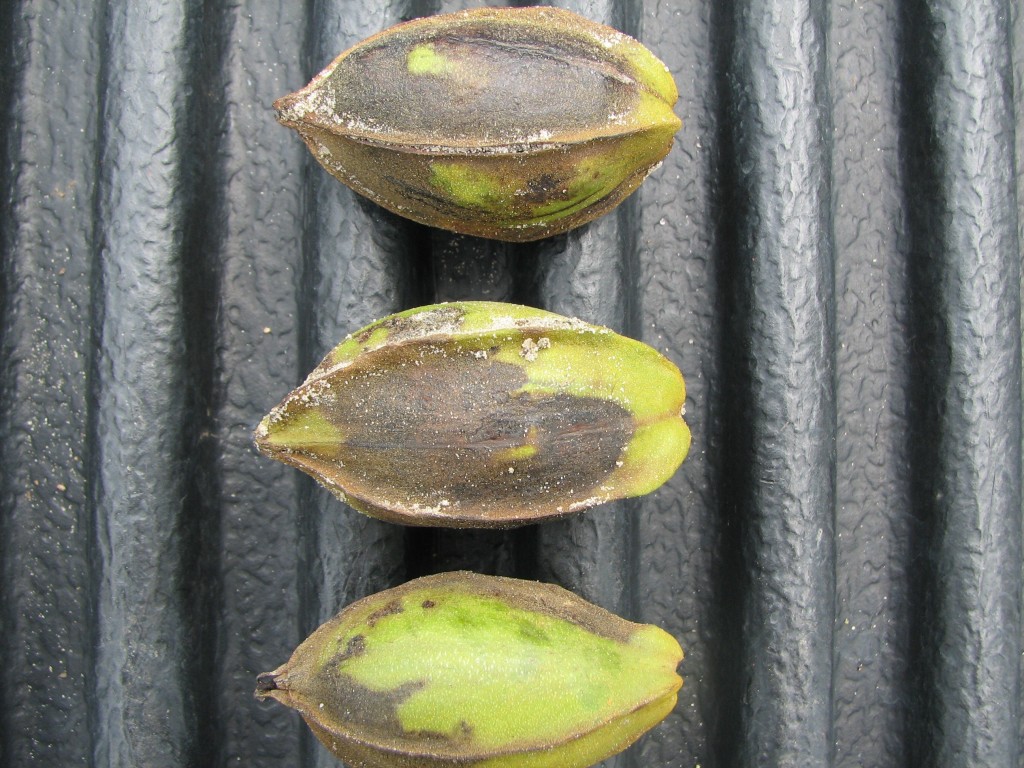 Increased rainfall combined with the current stage that the pecan crop is under spells perfect conditions for water splits.

University of Georgia (UGA) Extension pecan specialist Lenny Wells cautions growers in the UGA Extension Pecan Blog that they will likely see fruit split on multiple varieties over the next couple of weeks.

“The problem occurs when water pressure builds up rapidly inside the nut. This causes the shell, seed coat and sometimes the shuck to split about the time of the initiation of kernel filling and shell hardening. It results in abortion and drop of damaged fruit about seven days after splitting,” Wells said.

This process usually happens during mid-August for vulnerable cultivars grown in the Southeast, usually in thin-shelled varieties.

“There are usually two episodes to water split. The major episode is usually triggered by rainfall (or potentially irrigation) and a relatively minor event triggered by high humidity/low light. Irrigation schedule, shading and crop load also factor in,” Wells said. “Often, the split is inside the nut, and you will simply see green nuts on the ground, which will stain a few days later. Other times when the incident is particularly violent, you will see an actual longitudinal split in the shuck itself.”

Water split appears worse when the trees bear a heavier crop load like this year. Little can be done once water split occurs. But Wells encourages farmers not to panic if they see water split.

“It is a normal physiological response of the tree to environmental conditions, and it will end with much less reduction in yield than it at first appears,” he said.