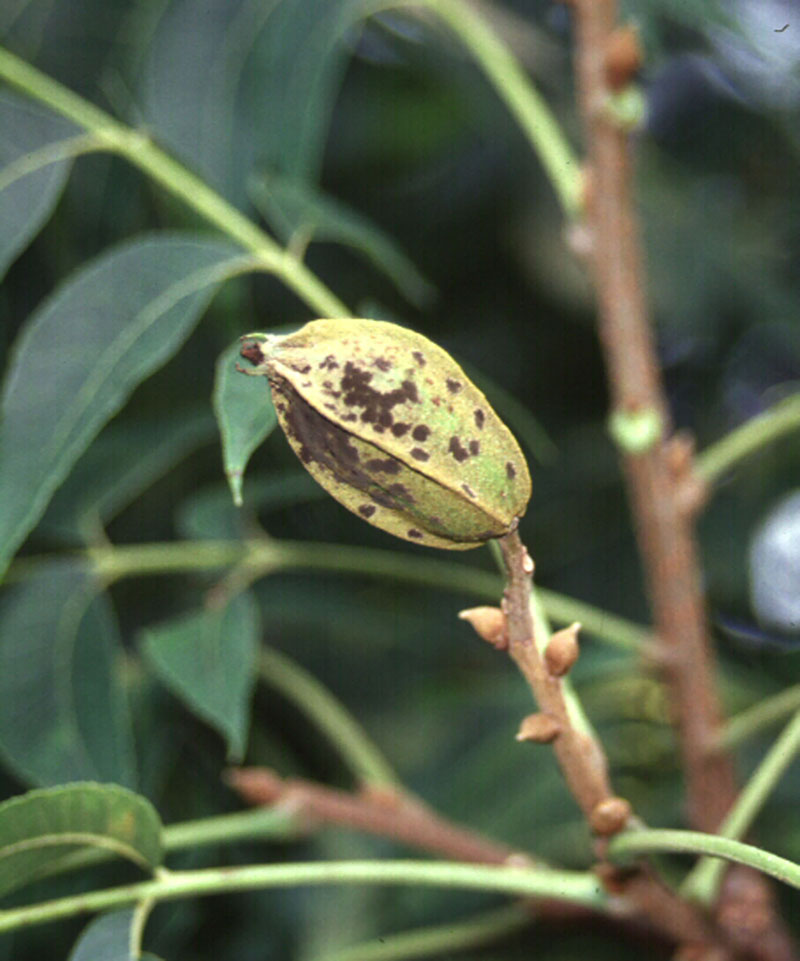 An already challenging time in the pecan industry is being made tougher this summer with the persistent rains. While the trees need rain to produce a crop in the fall, too much rain can lead to scab disease. With as much rain as being reported across Alabama and Georgia, a scab outbreak is quickly spiraling out of control.

It is likely too late for some producers in trying to control scab. Wells said it just depends on the severity of the disease in certain orchards.

“If they have a lot of scab on the nuts at this point, it’s not likely they’ll catch up and get enough on there to save the nuts. It just depends how much scab is on the nuts,” Wells said.

“I’ve had growers send me pictures. Some I have told them, they have seven or eight sprays on Desirables and some have been scabbed up to the point, I have told them there’s no need to keep pouring money into it. They’re not going to make it,” Wells added. “It’s terrible. Not every case, but a lot of cases, three or four weeks ago when all this rain started, if they did not tighten up to 10 days and if they stayed at that two-week interval between sprays, that’s where we’re seeing a lot of problems. It is to be expected when you’re having rain this frequently.”

Scab is a fungal disease that infects the leaves or nuts of pecan trees. If it affects the nut early enough, scab can cause the pecan to blacken and fall from the tree. Some growers may spray between 10 and 12 times during an average year to fight scab, depending on how much it rains during the summer. Scab thrives on trees that have received moisture, which has been frequent this summer.

“The other issue is, even if they are spraying every 10 days, if they spray and then get some rain less than an hour or so after they get through spraying, a lot of that gets washed off and basically becomes ineffective,” Wells said. “In that scenario, anything they sprayed less than an hour before the rains starts, they probably need to go back and spray again.”