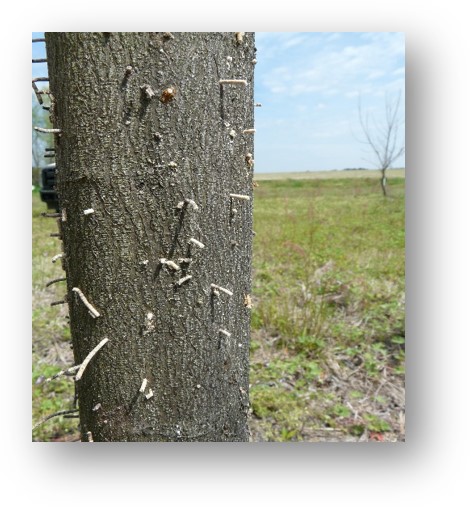 According to the University of Georgia Extension Pecan blog, now is the time of year where producers need to be wary of ambrosia beetles. This is especially important for farmers with trees that are less than 5 years old.

Winter rains mean some trees are prone to flooded conditions, where they are susceptible to ambrosia beetle attacks. Angel Acebes-Doria, University of Georgia Cooperative Extension pecan entomologist, said that if the soil remains wet for several days, growers need to scout trees in those areas for signs of attacks once beetle activity has been detected or when temperature consistently reaches 68 degrees Fahrenheit or higher.

Beetle activity is identified by the toothpick-sized sawdust tubes they leave sticking out of holes bored in pecan trees. Farmers are strongly encouraged to deploy traps, which help to indicate when beetles are active. Immediate action is required if growers detect beetles and suspect their trees are damaged.

If trees are being attacked, producers can apply pyrethroids at the trunk of the tree. The more often beetles attack a tree, the less likely that tree will survive an attack.

In her blog, Acebes-Doria said traps have been deployed in the Cook County, Georgia area, though beetle activity has not been observed yet. Activity normally starts in early February and peaks in late February to mid-March.

Click here to see what traps to use and when to put them out.

The best way to protect your trees from ambrosia beetle attacks is to maintain healthy trees.