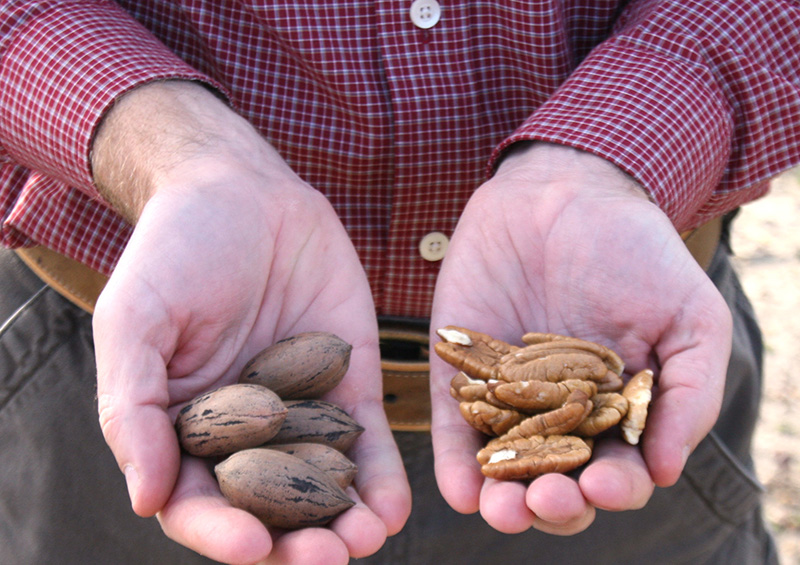 It’s a disheartening feeling to know you have your best pecan crop in years only to face the worst market prices in at least the last 20 years. But that’s what pecan growers in Georgia are facing this fall, according to Lenny Wells, University of Georgia Cooperative Extension pecan specialist.

As states like Georgia are currently harvesting a bumper crop, they’re encountering prices that have been a shock to farmers this fall.

According to the latest USDA Pecan Report that was released on Tuesday, prices ranged anywhere from 70 cents to 75 cents per pound for Stuart varieties to Sumners that were selling for $1.30 to $1.41 per pound (nut count 50-60) with meat yield 52% to 54%. Even Desirable varieties that did not have to overcome heavy scab disease pressure this season are selling for just $1.35 to $1.40 per pound.

“We knew (prices) would be lower, but I don’t think anybody expected it to go this low. I don’t know that it’s finished going down (either). I hope it is, and I hope we see some turnaround. There’s no way to know,” Wells said.

How much farther can prices drop? There could potentially reach a point where pecans are not selling at all.

“I think that’s probably the next step. I hope we don’t get to that point. It’s a scary situation for growers out there,” Wells said. “I think most all of them know about it now. But even as harvests were first starting, I think there were a lot of growers that didn’t realize that this was coming. Some did but most that did didn’t think it was going to get this bad.”

It’s especially troublesome for producers considering the quantity of pecans there is this year. Some growers had pegged this season as a rebound year just two years removed from Hurricane Michael.

“It’s especially frustrating for those guys down in Albany, Mitchell County, Bainbridge and that southwest corner who took such a hit from Michael. They dealt with that for two years; had their crop wiped out that year and not having much of any crop last year,” Wells said.

If you consider the input costs it takes to produce pecans every year, growers are going to lose money this year. It’s just a question of how much.

“I did some crunching of some numbers the other day, just looking at the UGA pecan budget. It looked like to me that if you factored in your variable costs, your harvest costs, all of that added in together, the break-even price on pecans based on the UGA budget at around $1,800 per acre to grow pecans, was $1.53,” Wells added.

“Last week, the average price (of pecans) was $1.44. I ran the numbers (Wednesday) morning with the new report that just came out (Tuesday) and it’s at $1.17 across all varieties. That includes Moneymakers and Seedlings and stuff like that.”