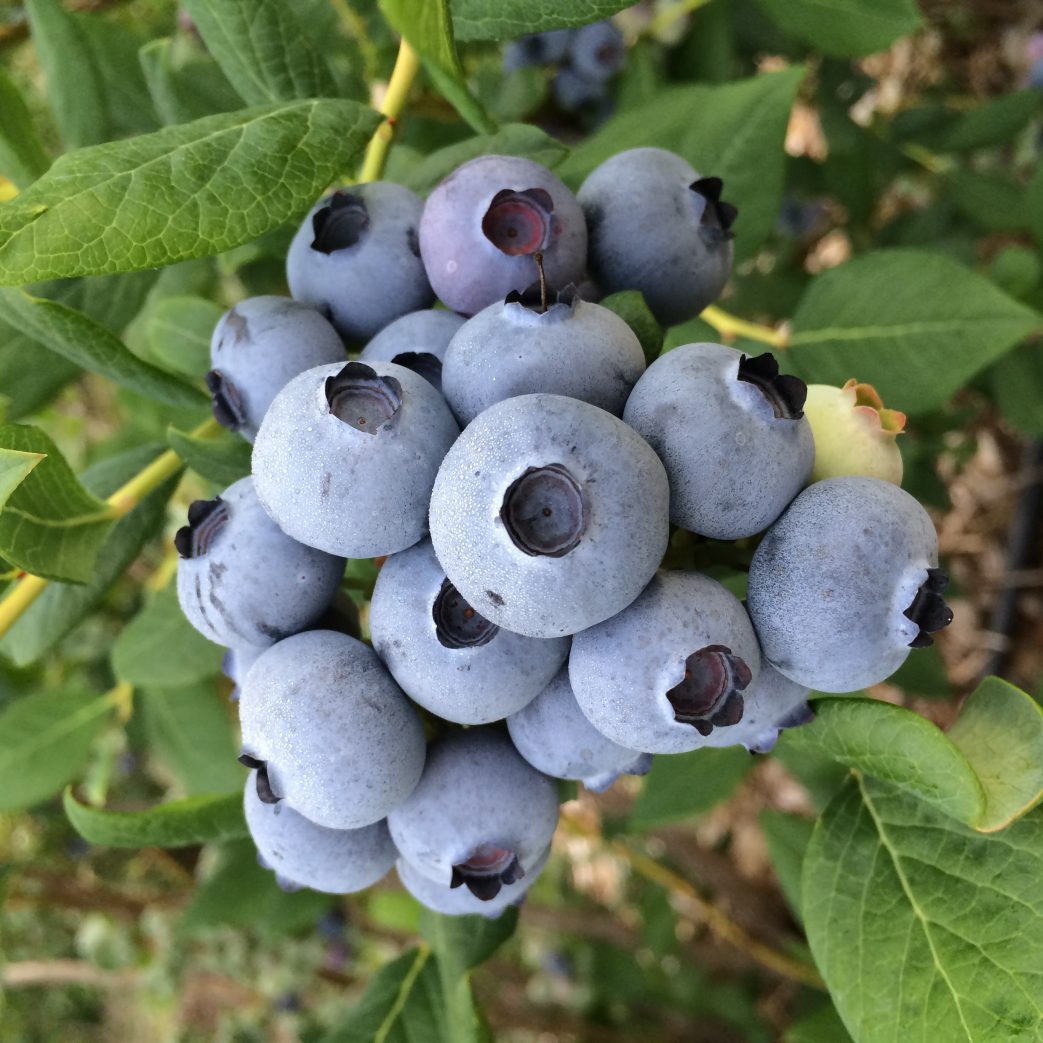 Whitney Elmore, Pasco County Extension director and urban horticulture agent with the University of Florida (UF), began making calls the day after the storm. When she got in touch with Park and heard about the damage, she could not believe it. “It took two to three times of him telling me 100,000 plants were down before I could really fathom that number,” Elmore said.

She got in touch with Extension agents and staff from the UF Institute of Food and Agricultural Sciences to see if there was any way to help Frogmore Fresh. Many people responded, and soon volunteers were ready to travel to Dade City and replant the blueberry trees.

Elmore said the turnout was amazing. Overall, about 250 volunteers showed up ready to work. The volunteers came from several different places. Some were UF students from Gainesville. Kevin Folta, a UF professor, brought some of his students with him to help rebuild. Other volunteers came from St. Leo University and Pasco 4-H. Volunteers also included members of the public who wanted to help their local community after the storm.

Elmore said the volunteers replanted about 25 acres worth of trees. “In my opinion, that’s phenomenal — almost a fifth of what was down,” she said.

Frogmore Fresh will have a harvest this spring, but Park is not sure what the impact will be yet. Elmore is hopeful that it will be somewhat successful. “I don’t think it’s going to be what it has been in the past, because there’s going to be an impact. But, with the effort we put in out there, I think we’re going to get them back on track to make a good crop, to move forward after this coming season and be better than ever,” she said.

As for other relief efforts, Elmore and Pasco County Extension are doing what they can to help victims of Hurricane Irma. Lineman are still working on powerlines in Pasco, so 4-H leaders have been bringing them food and water. Furthermore, they will soon offer free well water testing for people with private wells that were flooded. This effort is in cooperation with the University of Virginia. It will allow people to test their well water for any contaminants from the storm.