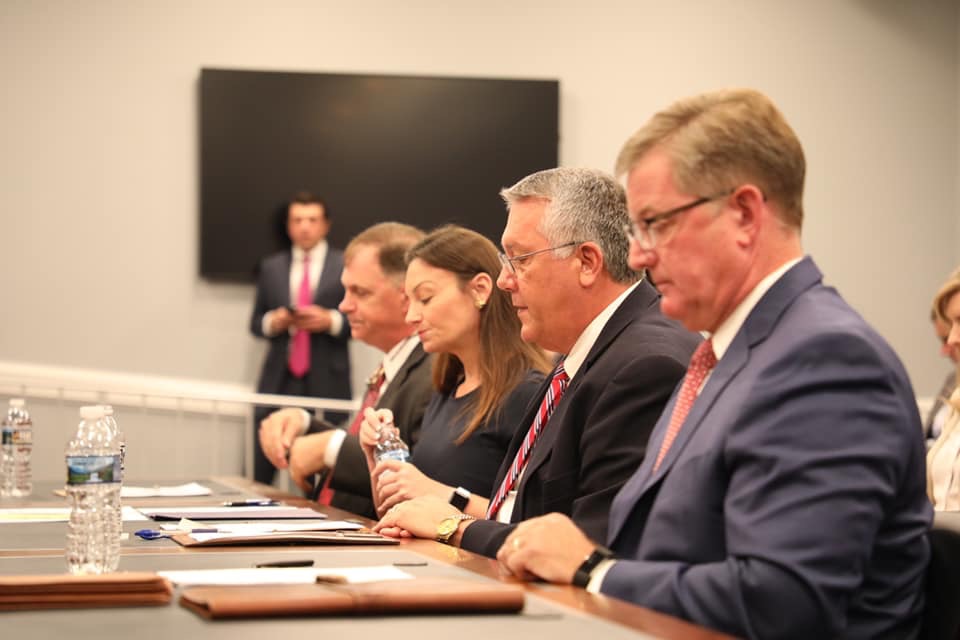 A panel of Florida agricultural leaders had a unique opportunity on May 16 to discuss Florida agriculture issues in front of the Florida delegation in Washington, D.C. The panel mainly focused on two topics: hurricane relief dollars and the impact of the United States-Mexico-Canada Agreement (USMCA) on Florida produce.

Each participant was given a few minutes to speak in the beginning of the meeting. Commissioner Fried focused on hurricane damage in the Panhandle, as well as USMCA issues. Hoblick did the same, as well as touching on labor. Joyner spoke mainly on the USMCA, offering the delegation some astonishing statistics about the increase of Mexican imports in the United States. Lastly, Shelby spoke on Hurricane Michael and the devastation is caused to the timber industry, and the threat that damage poses to Florida, including wildfires.

After the panel gave its remarks, the delegation asked some questions. Buchanan asked what the delegation can do to support Fried’s call for immediate disaster relief. Fried made the point that currently timber is not considered a crop and is not covered under current legislation. She went on to describe the breadth of the damage in the Panhandle. “It’s 500 million trees on the ground,” she said.

Many members of the delegation also had questions about the USMCA, which is the rewrite of the North American Free Trade Agreement. The USMCA did not include provisions that protect Florida’s produce industry from unfair trade practices. After several questions, Congressman Ross Spano spoke up, wanting to make sure he truly understood the issue faced by Florida agriculture with the USMCA. Listen to his thoughts:

Following Spano’s comments was an overwhelming sense of agreement from all the panelists and several members on the delegation.

The tomato suspension agreement termination was included in a question from Congresswoman Donna Shalala, who wanted an update on those conversations. Michael Schadler, executive vice president of the Florida Tomato Exchange, happened to be in the audience and Joyner deferred the question to him. Schadler informed the delegation that the agreement was terminated officially on May 7, but a new agreement is still up for negotiation.

At the end of the meeting, Rep. Hastings thanked the panel for coming to D.C. to tell the story of Florida agriculture. He also mentioned that a record seemed to be broken since three quarters of the delegation, 18 of 27 members, attended the meeting. “I’ve been here a long time and I’ve never seen this kind of turnout, so obviously everybody is interested in this subject,” he said.

AgNet Media’s Abbey Taylor was in Washington, D.C., and attended this meeting where she got an exclusive interview with Commissioner Fried. Stay with VSCNews.com for more information.