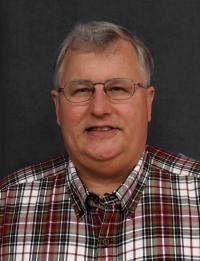 The calm after the storm seems to have hit north Alabama. In a summer highlighted by persistent rains, the north Alabama region has experienced sunnier days recently.

It has Doug Chapman, Alabama Extension agent for Commercial Horticulture in North Alabama, optimistic for what remains for his farmers’ vegetable and specialty crops.

“It rained on the first of July, and I think it rained pretty much every day for about the next 20 days. Lot of us got behind on some things, especially my fruit growers. Of course, my vegetable growers suffered a little bit. I’ve heard of a patch of watermelons or two that they’re not going to pick,” Chapman said. “But things have dried out considerably. We’ve gotten some sunshine lately.

“Things are shaping up to be a pretty good August it looks like.”

“What people should be thinking about right now is getting their strawberry beds ready, where they’re going to make beds at least; make arrangements to get some plugs and get irrigation lined up,” Chapman said. “There will be some people thinking about planting some turnip greens and collards and some fall greens at least. We’ll be picking some of the later stuff like apples. It’s shaping up to be a pretty decent year. It could have been better on the peaches, but we’ll take it.”