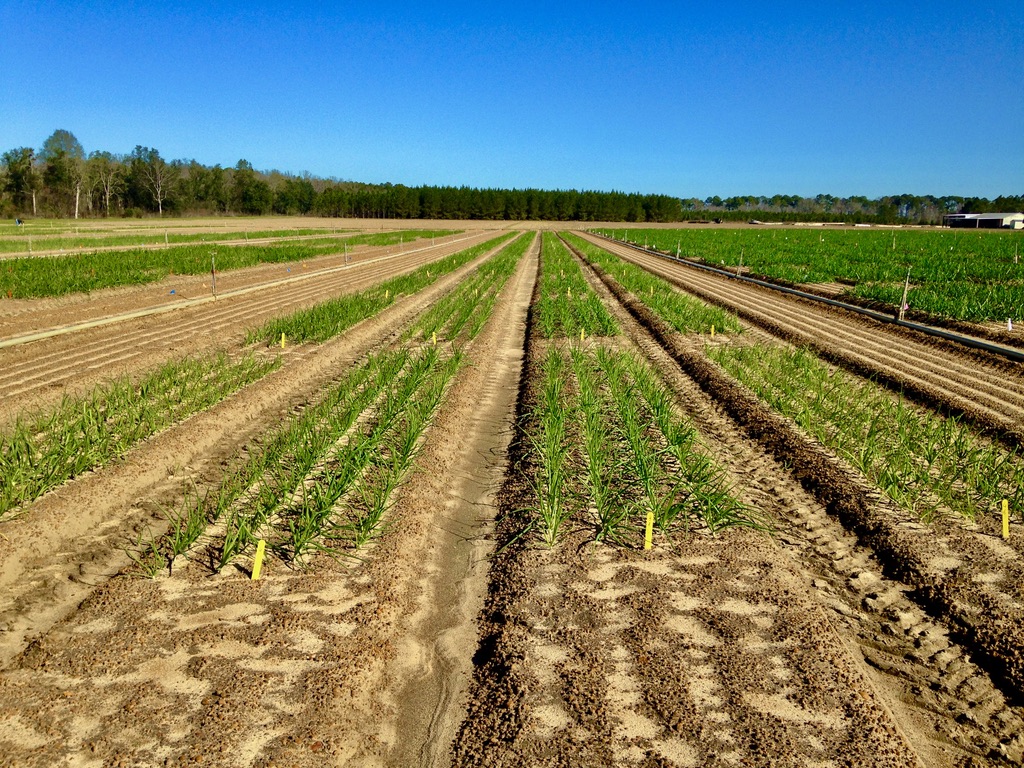 A long growing season and a relatively shallow root system make Vidalia onions a crop with specific fertilizer management for soil nitrogen availability during development. Researchers at the University of Georgia (UGA) are conducting trials to investigate the optimal rates of nitrogen fertilizer to produce Vidalia onions.

According to Andre da Silva, UGA Cooperative Extension vegetable specialist, the purpose of the research is to help growers reduce costs associated with fertilizer inputs while maintaining yields.

“Based on our results, there was no significant difference between applying 105 and 135 pounds. This concludes that our optimum rate of 105 pounds of nitrogen per acre would be able to maintain total yield,” da Silva says. “That will maximize yields and reduce the fertilizer applied, which would reduce the overall costs of production.”

According to da Silva, the ideal time for growers to increase fertilizer rates is when the onions begin to bulb. To increase effectiveness, he recommends that growers focus their fertilizer application at this growth stage and keep the tracking of heavy rainfall periods.

Da Silva says a second year of the initial study will be conducted during the 2019–20 growing season. Researchers will evaluate the effect of Vidalia onion varieties and nitrogen fertilizer rates on yield in different weather conditions since higher nitrogen rates may be needed in years with heavier rainfall versus drier years.

The next goal for da Silva and his team is to identify the time that onions are taking up the most nitrogen. They plan on using an isotope nitrogen which has a different molecular weight of the nitrogen, to track exactly where it is going — either in the bulbs, roots, tops of the onion or soil.