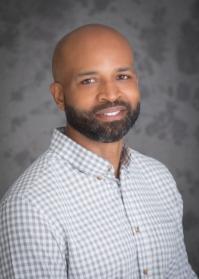 The most dangerous threat to the peach industry in the Southeast is Oak Root Rot, a soil-borne fungus that can wipe out peach trees, according to Edgar Vinson, Alabama Extension Professor of Horticulture.

Unfortunately for peach producers, there’s not many management options available to offset the death sentence for peach trees that are planted in a field with this disease.

“As far as we know, once it’s in the soil it’s there probably for good,” Vinson said. “Once the tree starts to succumb to it, there’s no remedy for it. There’s some things to delay it, if you have a tree that’s planted in the soil that has Oak Root Rot. If you’re planting into soil that has Oak Root Rot, there’s really no remedy for it. It will eventually take over the tree and take the tree out.”

Farmers can implement a root collar excavation. This is a management tactic that producers utilize to remove soil from the crown of the tree to prevent the fungus from growing on the crown. This only delays the inevitable. Eventually the tree will succumb to the disease, but this practice extends the life of the tree so the grower can get more harvests out of it.

The best option would be to plant a resistant root stock. However, one is not broadly available yet.

“Most peaches don’t come from the nursery on their own roots. They’re budded onto a rootstock that’s tolerant to a particular soil condition or diseases. You have a desirable peach variety that’s grafted onto a resistant rootstock. That’s typically how we receive our peaches, apples and a number of other crops,” Vinson said.

“It’s a disease that’s recognized all over the Southeast. We’re currently working on ways to mitigate the damage,” Vinson said.