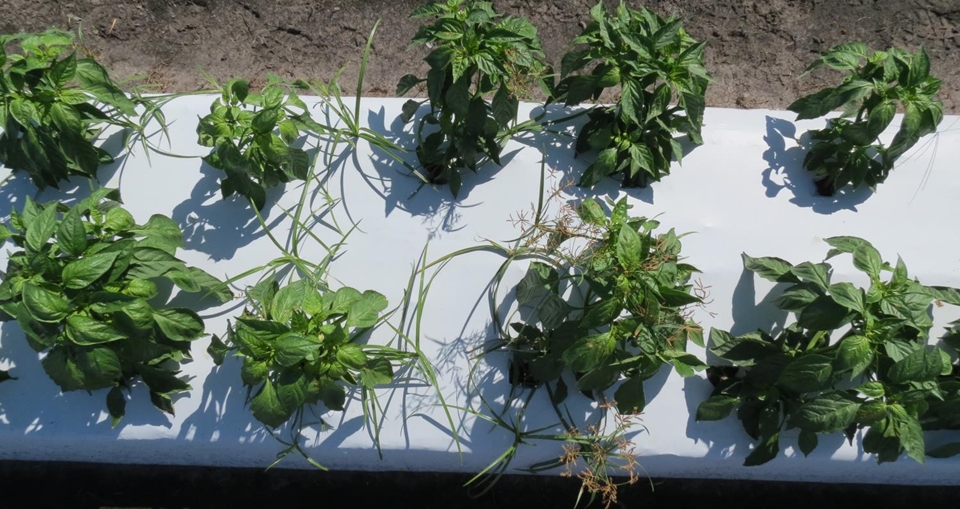 Nutsedge may not be the most problematic weed Florida vegetable and specialty crop producers encounter every year, but it is a problem.

Nutsedge is most concerning because it is the only weed to puncture through plastic mulch, says Nathan Boyd, University of Florida Associate Center Director and Associate Professor of Horticulture/Weed Science at the Gulf Coast Research and Education Center. It is also challenging because a cover crop during the current fallow period will not control it.

According to UF/IFAS, nutsedge spreads underground and produce structures known as tubers. Yellow nutsedge produces fewer but larger tubers, whereas purple nutsedge produces more but smaller tubers. A removal of the tubers is key. Growers can hand-weed the pest. But if they don’t remove the tubers, the nutsedge will grow back.

Nutsedge can grow as high as 3 feet.

“If you know that nutsedge is a problem in a particular field, maybe you want to change your fumigation practice. There are certain mulches that inhibit nutsedge more than others. We’re looking at a combination of herbicides that you can put down with the cover crop that would reduce the nutsedge population,” Boyd said.

Producers need to know what works well. For strawberry producers, there is not a registered herbicide to control nutsedge. Boyd also estimates that more than 80% of strawberry growers implement a cover crop. But since that doesn’t provide adequate nutsedge control, growers must resort to implementing another management strategy if they have a nutsedge problem in their field.

Properly timed cultivation during the fallow period can reduce nutsedge. Boyd said potato diggers will reduce the tubers in the soil. But it is an expensive investment.

Weed control is an important part of any producer’s integrated pest management system. Weeds like nutsedge, ragweed and pigweed compete for essential nutrients and water that crops need to grow. Weeds can also serve as a host for nematodes or other fungi and other diseases.