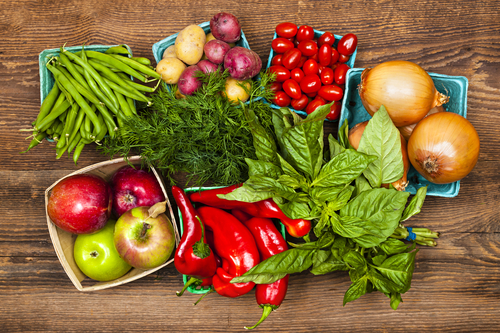 GAINESVILLE, Fla. — Consumers want produce that tickles their taste buds and is easy on the eye, but they think quality fruits and vegetables are a matter of luck, according to University of Florida Institute of Food and Agricultural Sciences researchers.

The fact that consumers purchase produce to satisfy their senses – not necessarily for its nutrients — should prove particularly important for growers and grocers to understand, UF/IFAS researchers say.

“They choose based on aroma and appearance,” said Amy Simonne, a professor in the UF/IFAS family, youth and community sciences department and lead author of this research. “Consumers might want to change the way they choose fruit.”

Jeff Brecht, a UF/IFAS professor of horticultural sciences and a study co-author, said the appearance of produce does not always correlate well with its flavor or aroma.

Consumers like their fruits to be sweet and juicy, and they’re satisfied with the produce they buy, the national survey showed. In general, the 1,220 consumers surveyed think the flavor quality of their produce is a matter of “the luck of the draw,” Brecht said. That’s hardly the case.

UF/IFAS breeders work with food scientists to find the genes that give fruits and vegetables the finest taste and smell traits. Then the breeders use those genes for traditional breeding of produce that tastes and smells better. Other traits make the produce more resistant to diseases and pests. Still other genes help the produce stay fresh while it’s transported to market and then waits to be bought at the grocery store.

Fruits and vegetables are packed with vitamins and other nutrients, but most people don’t eat the U.S. Department of Agriculture’s recommended amount of fruits and vegetables. Consumers may not buy as many fruits and vegetables based on sub-par quality, an issue that can be complicated by many factors, including variety, production and postharvest handling, UF/IFAS researchers said. Another barrier can be high cost.

So UF/IFAS researchers are trying to find ways to get people to buy more nutritious food, including helping them choose great tasting produce.

Among other survey findings:

Results of the survey can help the produce industry focus on improving taste by optimizing quality, which may help increase consumption and decrease food waste, researchers said.

Researchers from UF/IFAS and the University of California-Davis presented this data at the International Society for Horticultural Sciences, and it will be published soon in a scholarly journal.