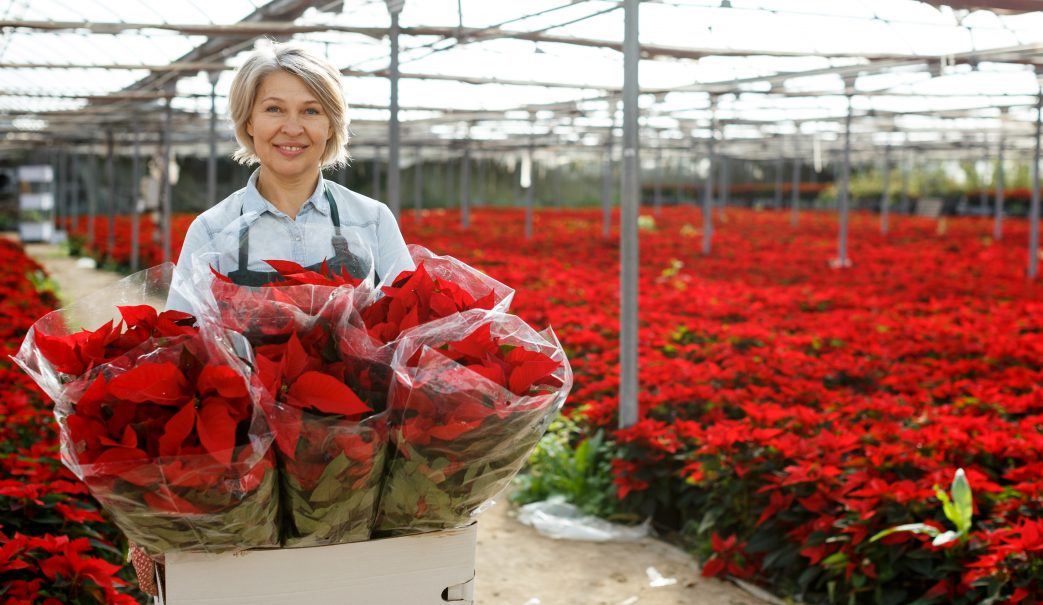 The poinsettia sitting on the hearth, the hydroponic lettuce in the refrigerator, the new shrubs waiting to be planted — all of these were probably grown right here in Alabama.

Paul Brown, associate director for the Alabama Cooperative Extension System, said many Alabamians do not recognize just how significant the nursery and greenhouse industry is in the state.

“Alabama’s nursery and greenhouse industry generated almost $230 million in total sales according to the 2017 Census of Agriculture,” Brown said. “When you add sod production, that figure jumps to $294 million and it accounted for almost 5 percent of the total market value of all farm products sold.”

Brown said to put that in perspective, census data showed cotton was raised on 431,000 acres, had total sales of $260 million and represented just under 4.5 percent of total farm product market value.

The industry’s prominence in Alabama agriculture is reflected in Alabama’s 2019 Farmer of the Year, Hank Richardson. Richardson operates Dixie Green in Centre.  Dixie Green has twelve acres of heated greenhouse space and around eight acres of outdoor pad growing space.  It grows everything from ferns and fall mums to calla lilies. The company is also a major supplier to Walt Disney World, which buys more than 80,000 poinsettias and caladiums for the Magic Kingdom and Epcot.

“The water and nutrient-use efficiency with greenhouse grown products is much greater than open field production,” Pickens said. “You can produce significantly more product per acre than you can conventionally. A grower could produce as much as five times more lettuce in a greenhouse than in a field.”

Burkett used a single 2,880-square-foot greenhouse as an example.

“Building a greenhouse requires purchases of lumber, steel, concrete and equipment and those purchases fuel economic activity,” he said.

Burkett said people can learn more about the construction budget for a greenhouse at the Alabama Extension website.

Pickens said greenhouse and high tunnel vegetable production continues to expand across Alabama as producers add them to their operations.