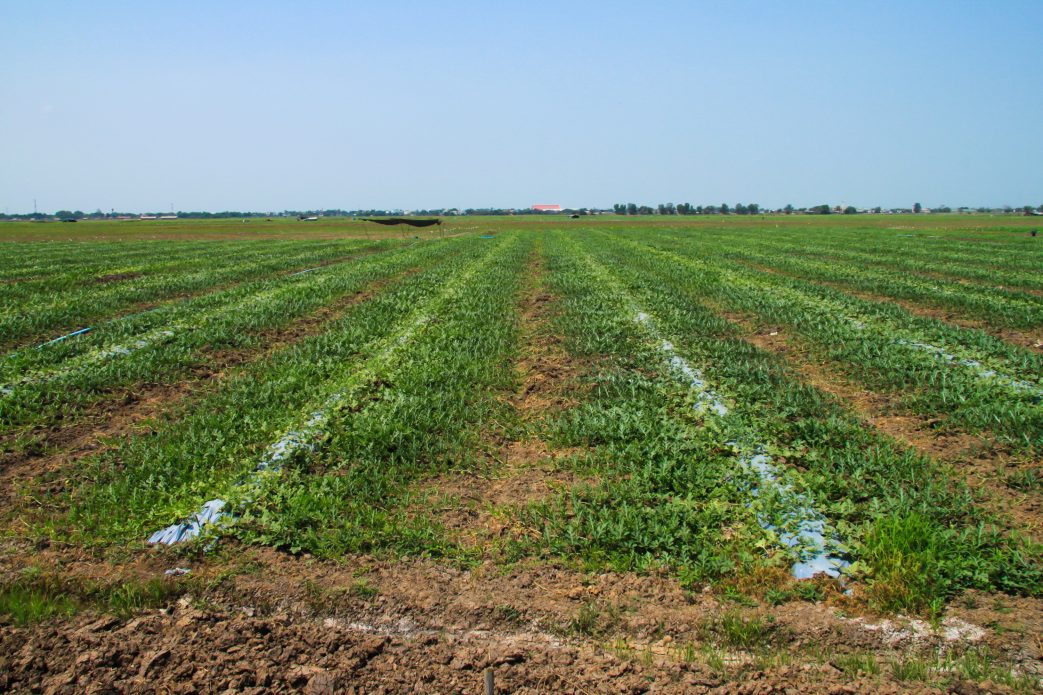 “The way that I characterize it is we escaped narrowly. I think if we had another degree or two colder or if the event had been a couple of hours longer, any one of those, I think we would have had a big mess on our hands in the case of watermelons and other vegetables,” Hochmuth said.

He believes that though watermelons incurred some frost damage in the Suwanee Valley area, they should make a full recovery.

“We feel like going into this cold, the root systems were well established and advanced. I think the plant is going to push back pretty rapidly. I think the recovery on those fields is going to be pretty rapid because of the warm soils, big root systems. It’ll already start to push new growth,” Hochmuth said. “In fact, from 8 o’clock to 5 o’clock on Saturday, you could actually see that growth. Maybe two or three inches of new growth just on Saturday at the beginning of that recovery.”

Just How Cold Was it?

Hochmuth estimates that temperatures in the Suwanee Valley area – Levy County, Gilchrist County, Alachua County – on up to the Georgia line, the temperature range was 32 degrees Fahrenheit to 37 degrees. Most of the temperatures centered around 33 degrees or 34 degrees. Heavy frost was also constant throughout most of the area.

“We were 95% to 98% planted. A lot of those were 3- or 4-foot-long vines, with the earliest ones planted in late February, those watermelons were setting fruit. It’s a very unusual scenario,” Hochmuth said. “It’s not crazy unusual to get a freeze event in the first few days in April. But I think the thing that made it especially precarious this year is that it was so warm in February, there was a lot of acreage that was planted that normally wouldn’t be planted that early. That put the crop at an advanced state in comparison to normal for the first week in April.”

He rode around to fields on Saturday and observed that 50% of the fields appeared untouched, while 50% ranged from slight frost damage to pretty severe damage.

“The temperature over a plastic mulch field of vegetables is much warmer than a bare ground/pasture type of a field. As the air mass moves into the watermelon field, it’s pushing against the warm air mass over top of that field. That means where the cold air wins, you get damage on that first 50, 100, 200 feet,” he added. “That was very commonplace to what we saw around the perimeter of the fields. That’s where we saw the most damage. Where the fields are relatively protected, we didn’t see a whole lot of damage.”

Hochmuth cautions watermelon producers that frost damage predisposes the crop to additional disease pressure. Producers need to return to their usual fungicide program and protect the plant from leaf tissue that’s been damaged.