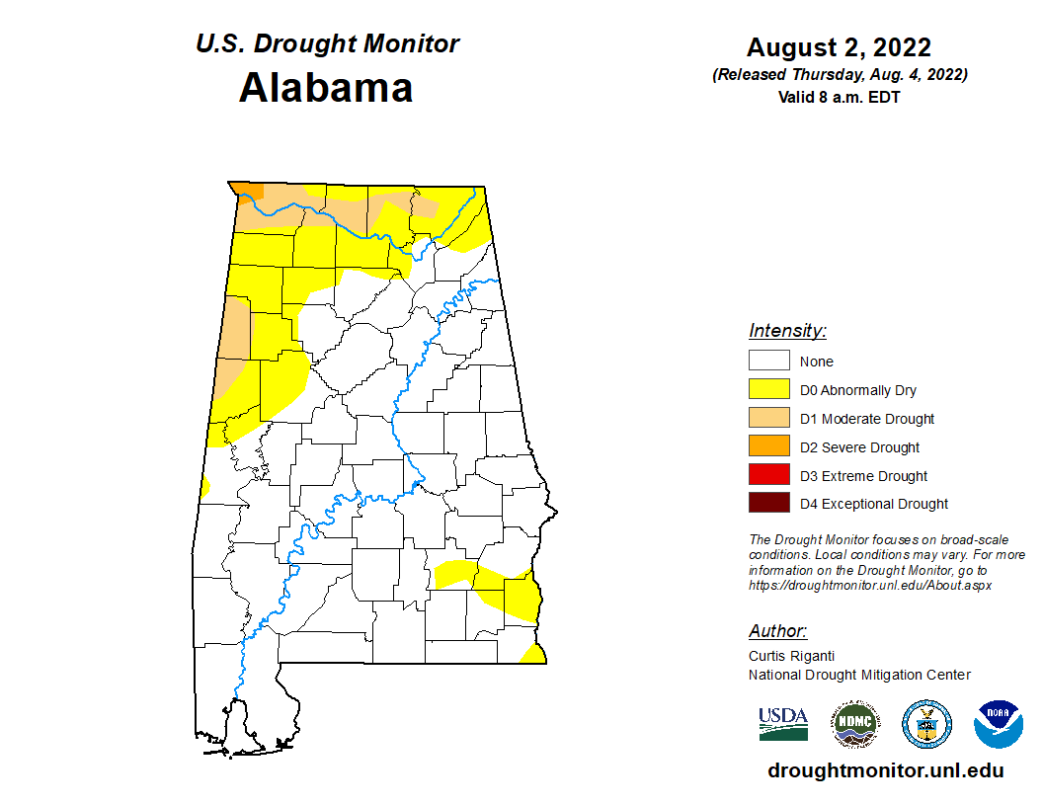 The current drought impacting northern Alabama could impact fall plantings of strawberries if the dry weather lingers much longer.

Eric Schavey, regional Extension agent in Northeast Alabama, discusses the importance that rainfall could bring over the next couple of weeks. Unfortunately, it’s not an unfamiliar scenario for producers.

“We’re getting ready for our fall planting of strawberries. We’re a month and a half out from wanting to plant strawberries. That’s where we’re needing some soil moisture to go ahead and make those beds, get our plastic laid here in about that second week of September to have adequate soil moisture to plant strawberries in October,” Schavey said. “Two years ago, we had the same issue where we had a really dry fall. Everyone was delayed planting strawberries. One was because of soil moisture, and they didn’t get their plastic and everything laid. Two, our transplants were coming in late. Transplants this past season came in late and we planted about two weeks later. We saw that in yield reduction.

“We need that adequate soil moisture here over the next three weeks because we’re going to start laying plastic for strawberries. It’s just crucial because you need that fall crown development before it gets cold, and they go dormant.”

All of northern Alabama is either abnormally dry or moderately dry, according to the U.S. Drought Monitor. Lauderdale County in northwest Alabama is severely dry. Growers can irrigate, though pond levels are low right now. Schavey estimated that 27,154 gallons of water are collected in one inch of rain per acre.

“It puts it into perspective on how much we would have to pump to cover an acre to get some adequate soil moisture. It’s almost not feasible,” he added.