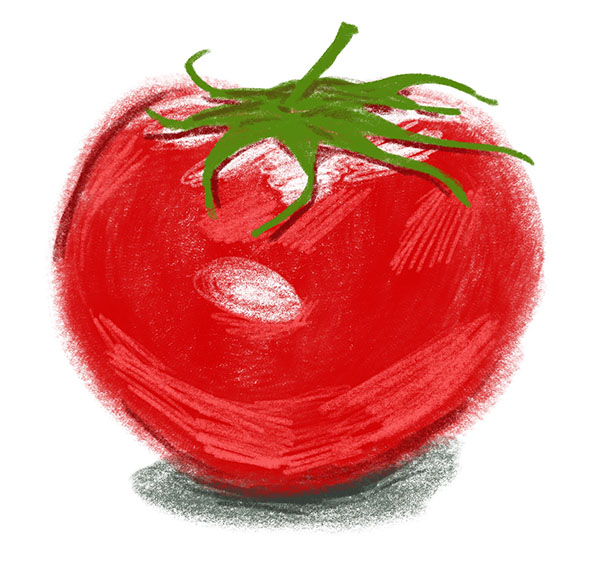 Conventional breeding techniques and chemical controls have long been agriculture’s central means for disease management. However, despite hundreds of crosses performed and generations of progeny evaluated, durably resistant varieties remain elusive. Today, plant breeders are armed with an alternative method when conventional breeding techniques are insufficient. Specifically designed, genetically engineered plants offer potential for the development of novel traits faster and with greater precision than ever before.

As increasing numbers of genetically engineered crops become available for commercial markets, scientists are industriously working to develop the next big biotech traits that will help agricultural producers. In response to mounting opposition against biotechnology, plant breeders aim to engineer plants with new traits yielding tangible benefits to both growers and consumers. Developing cultivars that require fewer chemical inputs and increase yields as a result of built-in disease resistance can cater to consumers as “greener” technology that comes at a lower cost. For growers, this means a better crop coupled with increased marketability. Although public perception and regulatory hurdles still present challenges as new genetically engineered crops come to market, growers may benefit from several game-changing traits in the coming years. TOMATOES
Bacterial spot disease has plagued pepper and tomato fields worldwide. The disease is ubiquitous in Florida, affecting 97 percent of tomato acreage. To date, traditional breeding methods have failed to produce a variety with durable resistance to the bacteria. Without genetic resistance, the only control method for the disease has been copper-fungicide mixes. Over time, however, the pathogen has developed resistance, and copper-based sprays have become increasingly ineffective. With chemical control efficacy on the decline, the need for genetic resistance to bacterial spot is critical. Plant breeders have identified the Bs2 gene from pepper as the key to genetic resistance. Bs2 tomatoes have been developed, containing the gene from pepper so that they present the same resistance traits.

A collaborative effort between the Two Blades Foundation, the University of Florida and the University of California sought to investigate the potential of this technology. In multi-year experiments, Bs2 tomatoes have exhibited extremely low levels of disease symptoms when compared with susceptible controls. Even when conditions were favorable for the disease, the Bs2 hybrids and inbreds have exhibited yields more than double those of their non-genetically engineered counterparts. In addition to greater productivity, Bs2 tomatoes also require fewer inputs in terms of the fertilizers and chemical sprays usually necessary to offset the effects of disease. As a whole, lower production costs, less environmental impact and greater yields will benefit growers every step of the way. CITRUS
In just 10 years of battling huanglongbing (HLB), Florida’s citrus industry has lost nearly half of its $1.5 billion on-tree fruit value. The economic impact of HLB, or citrus greening disease, illustrates the dire need for a solution to the fatal disease. Conventional breeding methods are potentially effective, but are slow when establishing resistance to this disease. The long juvenile phase in citrus has made it especially hard, with the process taking years before success or failure can be determined. Using biotechnology, plant breeders have been able to cut the time it takes to ensure that a new tree possesses resistance genetics.

The genetically engineered citrus makes use of the plant’s inherent internal defense mechanisms. When a plant is attacked by a pathogen, the localized defense reaction spreads throughout the plant. This stimulates the production of pathogenesis-related (PR) proteins, which arrest the pathogens from infecting the plant. The utilization of this process, called systemic acquired resistance (SAR), is a novel method used to prime or stimulate the plant’s natural immune system.

The AtNPR1 gene in Arabidopsis (a mustard plant relative) has been identified as a key regulator of PR proteins and their production. This gene acts as a switch and can activate the synthesis of more disease-fighting proteins. Genetically engineered trees have been produced by researchers at the University of Florida and Southern Gardens Citrus to test the efficacy of the AtNPR1 gene in citrus. In a trial, genetically engineered trees tested HLB-negative for over five years, despite the surrounding grove having greater than 95 percent HLB infection. Among statistics showing the devastating blow dealt to Florida’s citrus industry, the potential benefits offered by the NPR1 gene are refreshingly positive. STRAWBERRIES
Plant breeders are able to use the same principles of citrus SAR in other crops, including strawberries. Strawberries are afflicted by a variety of bacterial and fungal pathogens, such as anthracnose crown rot, powdery mildew and angular leaf spot. In addition to studying the resistance that expression of AtNPR1 provides strawberries, the potential of other Arabidopsis-derived genes is being evaluated as well. Known as the Elongator complex or simply Elongator, this multitasking protein complex governs a variety of cellular processes. Recent research has identified Elongator as a key regulator of plant immune responses.

To evaluate Elongator’s potential for disease resistance, researchers at the University of Florida transformed strawberries with AtELP3 and AtELP4 genes and assessed their ability to resist disease while maintaining typical plant growth and development. Results of the trials showed enhanced resistance to all three pathogens. However, normal plant development was altered in comparison to controls, with most transgenic plants producing significantly smaller fruit among other developmental differences. Although AtELP3 and AtELP4 strawberries are far from ready to begin commercial production, the data provide proof of concept for the potential benefits of Elongator genes. Growers should be optimistic that further research will refine the expression of these genes while maintaining both resistance and plant productivity.

CONCLUSION
While consumers are still unsure about new technologies, scientists continue to innovate safe and effective solutions to problems facing growers. In the meantime, new research adds to the growing body of evidence demonstrating the benefits of genetically engineered crops. Although not yet commercialized, the existence of such products provides an optimistic glimpse of the future when the public is more accepting of biotechnology.

Anne Schwartz is a student studying plant science at the University of Florida in Gainesville.