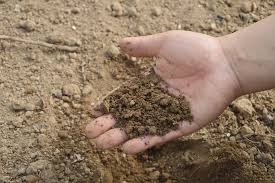 At the University of Georgia (UGA), research on birds and bacteria may contribute to food safety and farming systems.

That’s what Bill Snyder, a professor of agro-ecology at UGA, hopes to accomplish in his latest position. After spending 20 years in the Northwest, where he worked on natural approaches to pest control, Snyder will continue to pursue the best ways to manage food safety and farming systems.

“A big challenge for developing these food safety standards (is) that oftentimes we don’t really know how the bacteria are moving around the environment,” Snyder says. “Because of that, we don’t really know what practices growers should do that would make their farms safer.”

By observing birds’ behaviors on production facilities, there could be a shift in how people decide to handle produce food safety on their production sites.

“We’ve been looking at the role of wild birds in food safety, and they are interesting because they contribute to pest control by eating insects, (but) they also can move pathogens around,” Snyder says. “(We want) to understand what farmers could do that would be a practical way to minimize their risk of having something unfortunate happen.”

According to Snyder, one of those methods could involve making a farm less attractive to wildlife like birds and deer.  They may spread less bacteria throughout crops, but could also be detrimental to beneficial pests.

Snyder says the conservation of beneficial insects is improved with more natural habitats.

“Food safety has been seen as sort of in conflict with biodiversity conservation on the farm, but we’re finding that it might not be that simple,” Snyder says. “There are a lot of good guys out there that’ll make it less likely you have a food safety problem.”

Utilizing data on animals and insects affecting crops, Snyder hopes to answer questions about the relationship between soil and bacteria that causes produce safety problems. His research on fertility practices could help growers with insect management.

When soil has more nutrients, plants may be better able to defend themselves. On the flip side, according to Snyder, plants that have a lot of nitrogen are food for pests.

“We’re just trying to get some sort of a feel for when growers are going to apply a chemical fertilizer … and how (that changes) the groups of bacteria in the soil and the groups of fungi,” Snyder says. “In turn, how does that make plants more resistant or more attractive to pest insects?”

Snyder hopes the projects will join to address any grower concerns on insects, animals and, above all, food safety procedures.

“In both cases, (we are) trying to understand a little bit of the ecology of how the different species are interacting,” Snyder says. “(We want) to come up with some of the practical things farmers could do to make pest problems less likely.”