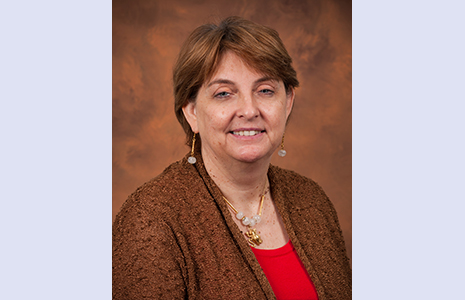 A new test could save time and money diagnosing plant viruses, some of which can destroy millions of dollars in crops each year in Florida, says a University of Florida Institute of Food and Agricultural Sciences researcher.

In a newly published study, Jane Polston, a UF/IFAS plant pathology professor, examined several ways to detect the DNA genome of begomoviruses. These viruses have emerged over the last 30 years to become plant pathogens that threaten crop production in tropical and sub-tropical regions globally.

Polston and her research colleagues found that a certain test called “recombinase polymerase amplification” identified the cause of a disease faster and cheaper than the commonly used polymerase chain reaction (PCR) test – or “assay,” as scientists call them.

UF/IFAS scientists learned of this new type of test that’s fast, sensitive and cheaper than some other methods, and they adapted the new technology and modified it to test for several whitefly-transmitted viruses found in Florida, Polston said.

This finding makes it easier for diagnostic laboratories such as the UF-IFAS Plant Diagnostic Center to identify viruses in plants and crops, and therefore improve management recommendations for diseases caused by those viruses, she said. UF/IFAS is home to one of the premier plant disease diagnostic facilities in the country.

When a plant gets infected with a pathogen, it often shows symptoms, Polston said. But the naked eye cannot see viruses, and accurate diagnosis is essential to knowing which disease you have.  Just looking at the symptoms is often not enough because different pathogens can cause the same symptoms, she said.

“Knowing which pathogen is causing the symptoms is essential to knowing what to do to minimize its spread to other plants and other crops, and reduce yield losses” Polston said.

So, people concerned with managing plant and crop diseases send plant samples to labs for identification. If the pathogen is a fungus or bacteria, it can be cultured in the lab and identified.

But scientists can’t do this with a virus because they can’t be cultured, Polston said. In those cases, scientists use tests to detect a part of the virus. But with about 1,600 plant viruses out there, scientists have tests for only a few of them.

“And these tests can be time-consuming and expensive,” Polston said. “So many diagnostic laboratories don’t test for viruses, and the diseases go unmanaged or managed incorrectly, which is expensive for the grower. Fast, accurate and less expensive tests such as this one are good for growers because they are cheaper and, hopefully, will be adapted by more clinics so that they will be better equipped to diagnose plants infected with viruses.”

That’s what makes this new test so important, she said.  The new test will be adopted in the UF/IFAS Plant Diagnostic Center to benefit Florida’s growers this summer, said Carrie Lapaire Harmon, director of the plant disease diagnostic lab.

The new study is published in the Virology Journal.