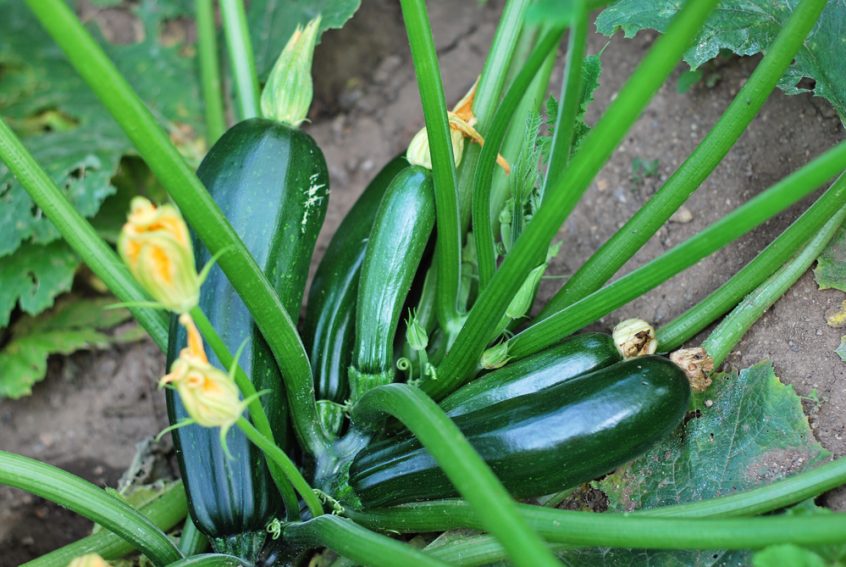 Florida grows more zucchini squash than anywhere else in America – to the tune of $70 million a year. To help improve production, University of Florida Institute of Food and Agricultural Sciences are developing a method to keep squash pests at bay.

For a newly published study, Janine Spies, a post-doctoral researcher in the UF/IFAS entomology department, simultaneously planted buckwheat with squash and found the method kept pests away while retaining yields at current levels. Furthermore, she and her colleagues manipulated how they planted buckwheat and squash.

As detailed in the study, one of the most damaging disorders in squash is silverleaf, which is transmitted by immature whiteflies.

The good news is buckwheat can attract beneficial insects that use buckwheat for nectar and pollen, and those insects can act as natural enemies to squash pests, such as whiteflies, aphids and thrips, Spies said. Thus, buckwheat can help reduce pests on squash and attract good insects that eat the bad ones, she said.

In the past, when UF/IFAS scientists tried to plant buckwheat with squash, they found squash yields went down because buckwheat and squash competed for space and resources, like water and nutrients.

For this study, scientists went to the UF/IFAS Plant Science Research and Education Unit in Citra, Florida, and manipulated how buckwheat and squash were planted in order to reduce competition for resources. They found yields did not go down when altering planting schemes, said Spies, who conducted the study with UF/IFAS entomology professor Oscar Liburd and UF/IFAS entomology associate professor Susan Webb.

They also found less disease incidence in squash planted with buckwheat, which Spies said was an important finding. Scientists for the most part also found fewer pests, except for whiteflies, which are present at very high numbers during the fall growing season.

“We believe that buckwheat, when used in conjunction with other pest management tactics can suppress pests even more and be cost effective,” she said.