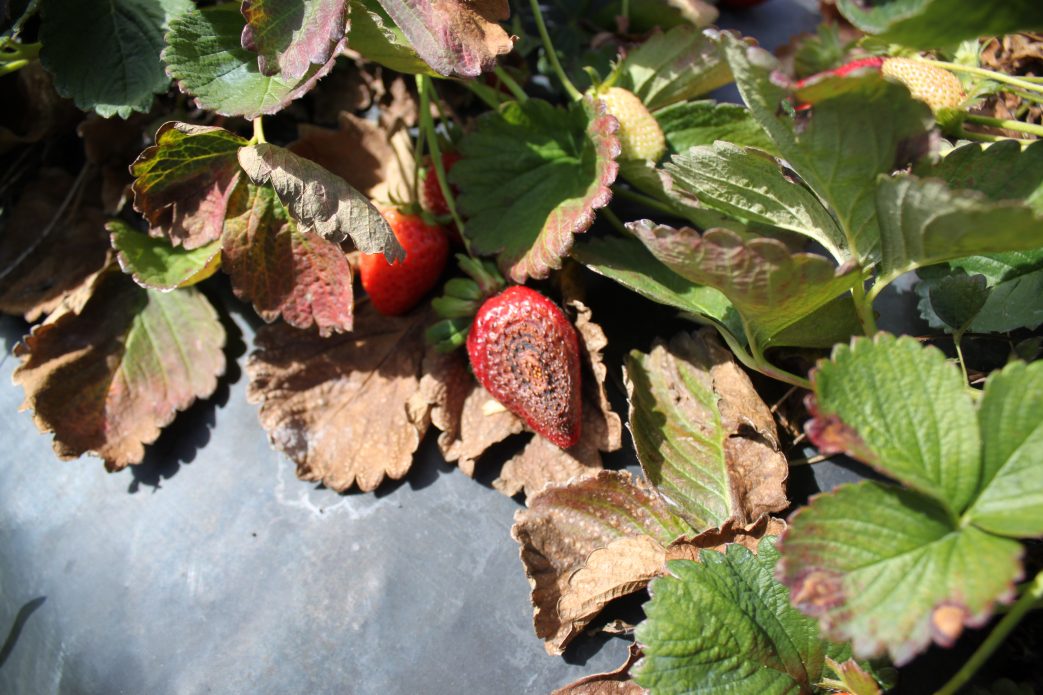 Neopestalotiopsis Fruit Rot has impacted Florida strawberry production the last three seasons. The disease has taken a discouraging development for Florida producers this year, however, says Natalia Peres, Professor of Plant Pathology at the University of Florida/IFAS Gulf Coast Research and Education Center.

“What we’ve seen this season is different than what we’ve seen the past two seasons. We can’t really see that link with the nursery source as much anymore. What we see is that fields that mostly had the disease last season have it again this season, which indicates that, unfortunately, the pathogen survived in our fields between seasons,” Peres said.

There have been over 60 samples from 20 farms detected thus far this growing season, mostly from fields that had the disease the prior year.

“What is really new is the aggressiveness of the disease we’re seeing in Florida. In general, this group of fungi is considered a weak pathogen. It’s more likely to be secondary and attack plants that are under some stress. But that’s definitely not the case of what we’ve seen in Florida,” Peres said.

The disease is spread by water and can explode during prolonged periods of wetness. This is especially evident early in the season when farmers apply irrigation to get the plants established. It was also true this season when Tropical Storm Eta impacted Florida in early November.

Unfortunately, it can be hard to detect because of other similar leaf spot diseases that growers must contend with like leaf scorch, leaf blotch and Cercospora leaf spot.

“There are other leaf spots that may be confused with this one. We were getting a lot of samples in the clinic at the time and right now this season. Every leaf spot, growers are worried it could be this one. Usually, our growers are not really concerned about common leaf spots they see in the spring just because they’re much more easily controlled and not as aggressive,” Peres said.