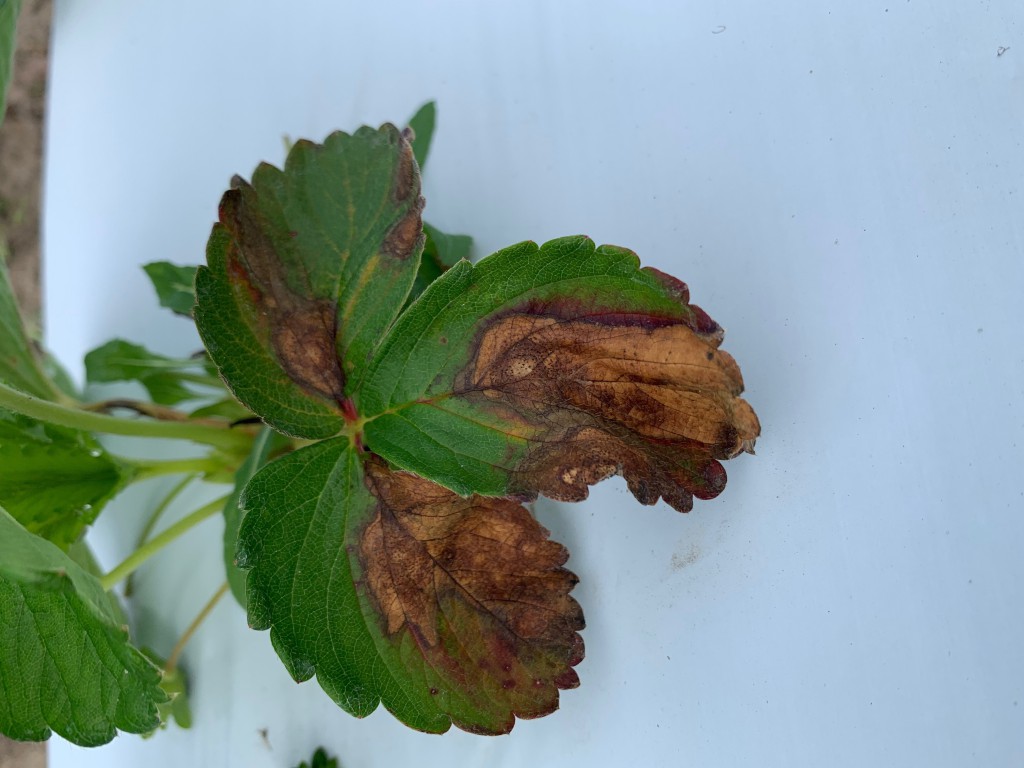 Georgia strawberry producers need to be wary of Neopestalotiopsis; a disease that has already devastated Florida production and could have wide-ranging impact on Georgia’s crop if farmers are not proactive.

Phil Brannen, University of Georgia Cooperative Extension Fruit Disease Specialist, cautions farmers that while the disease has been found in just one Georgia location and only as leaf spotting, there is a common link to suggest there could potentially be additional cases.

“We know that particular pathogen, Neopestalotiopsis, that’s been causing devastating losses in Florida, we’ve got. Our environment may be different. We’re a little bit colder than they are down in South Florida and that may help us. We just don’t know,” Brannen said.

“So far, we haven’t seen it on fruit, obviously. It’s the wrong time of year. But the fact that it’s on the leaves, that follows what they’ve seen this year. They got it a few weeks earlier than we did from some of the plants they’ve got down there.”

Many of the strawberry plants originate from the same nursery in North Carolina, where there have been widespread problems associated with this disease. That leads Brannen to believe this is just the beginning.

“I think coming from that nursery we’re going to see more, because of the association with this one nursery in North Carolina. I suspect that anybody who got their plants from that nursery stands a good chance of having it,” Brannen said.

Brannen says the best fungicides available are Switch and thiram. They provide suppression of the disease, though it is less than 50% control. Still, any control is better than no control to avoid a major outbreak.

“It hopefully will get (producers) through this year and allow them to produce strawberries. If it’s like it is in Florida, what would happen potentially in the spring, we’ll come through and those plants will die and the fruit. Any fruit that’s produced will be covered in spots and you can’t sell those. Ultimately, the plants actually die,” Brannen said.

“It’s an aggressive pathogen. It does what three or four pathogens do. There are some other pathogens that can infect the crown and kill the plant and also infect the fruit, anthracnose being one. But that’s not often the case. Most of the time you’ll either see a fruit rot or maybe limited crown rot. This one is really aggressive.

“Basically, it chews the plant up and spits it out.”

It is so severe in Florida that growers have had to rip up the whole planting and start over, which is not a possibility in Georgia if growers expect to get a crop in this year.

“I hope it’s going to get cold enough to where it won’t be as aggressive. I’m not sure what’s going to happen in the spring but we’re going to find out,” he added.