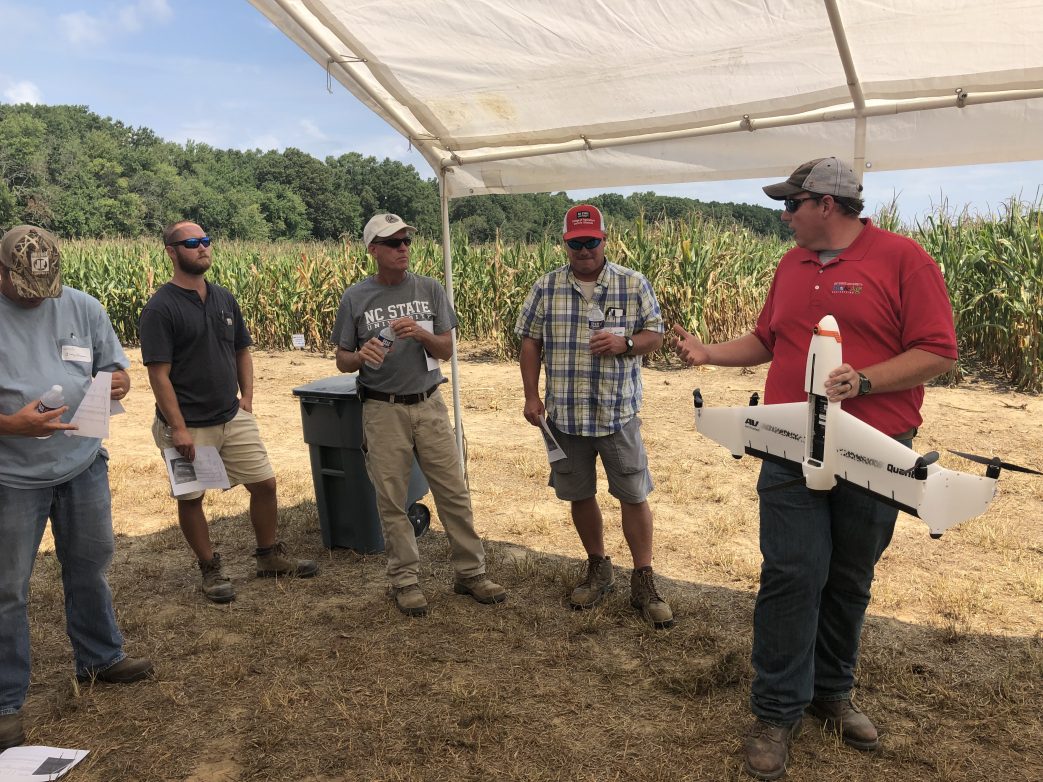 Together, the two institutions will improve technology in 18 research stations across the state. Jason Ward, an assistant professor in the biological and agricultural engineering department at NC State, talked about the motivation for modernization.

“Technology is just becoming one of the languages that producers in production agriculture have to speak,” Ward said. He added that growers will be interfacing with these technology tools and need to be able to implement them in their operations.

Some of the advanced technologies growers and researchers will interact with is due to new fiber internet service that will support faster systems from the fields to the buildings. At the Cherry Research Station in Goldsboro, North Carolina, Ward demonstrated the use of a precision planter for growers to learn more about what will be available to them.

In tune with the statewide update to research stations with new technology, and in order to help producers decide what tools they would like to invest in, NC State currently hosts on-farm demonstrations. Natalie Hummel, assistant director of the North Carolina Agricultural Research Services (NCARS), said efforts to operate production facilities with more technology are becoming increasingly popular.

“Many companies are actually diversifying their portfolios with digital data solutions on top of things like the traditional herbicide or insecticide,” Hummel said. “We’re there to take on a risk so that growers don’t have to take it (while) they are trying to decide ‘Which technology is the right one for me?‘”

According to Kaleb Rathbone, director of NCARS, the greatest factor in investing precision agriculture technologies could be grower profit margins.

“Anything we can do to help improve those margins to increase efficiency (and) production is going to be well received; there’s a critical need for that right now,” Rathbone said. “Being able to leverage this technology in a way that improves production … is a pretty exciting thing.”