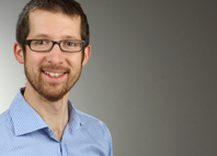 “We got lucky for the most part and didn’t see a lot of damage in strawberries. Still a pretty strong strawberry season,” Hoffmann said. “But we had more frost damage in the mountains on grapes. I expect some crop loss this year due to frost damage on grapes.”

Freeze warnings and frost advisories were issued for different parts of North Carolina. Heading into the weekend, Hoffmann expected that strawberry growers would implement row covers on their crop. Row covers help reduce radiation in the field and provide adequate frost protection from temperatures in the 30s. Strawberry production is currently in mid-season. If row covers were not used, the low temperatures could have harmed the open blossoms that are still on plants, which lead to late-season fruit. Temperatures could also harm the actual fruits in popcorn stage and other green fruits.

He also confirmed this was the third frost event for the state’s grape crop. It was especially vulnerable this time since it is late in the season.

Hoffmann estimates that more than 1 million bottles of wine are produced every year in the state and there are 1,500 acres of grape in state.