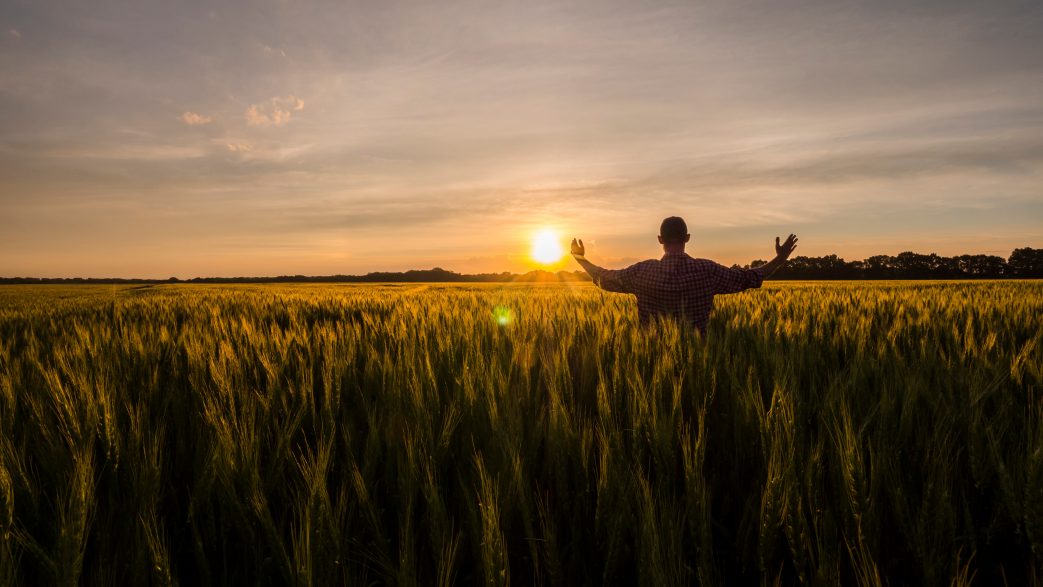 The ongoing coronavirus pandemic has dealt a devastating blow to the U.S. economy and especially the American farmer. North Carolina State Extension Economist Mike Walden believes the country needs to do what it can to help those farmers rebound from the current recession.

“We do need to worry about keeping our farmers afloat. Fortunately, in the stimulus plan, there was about $50 billion that was allocated for various programs that would help farmers,” Walden said. “We certainly need to watch our farmers.”

Fruit and vegetable producers are struggling because of the lack of the food service market. Restaurants have either closed or reduced their business traffic to try to limit the spread of COVID-19. However, that has caused a problem for producers, especially in Florida.

“If you look at where people get their food, we’re almost split 50-50 between people eating their food in their homes in home-prepared meals versus eating them in restaurants,” Walden said. “The restaurant industry is essentially shut down. There is some pick-up and take-home but that’s a small fraction of what they do. The problem for the farmer is that their supply chain is geared towards that 50-50 split. People don’t understand that farmers just can’t take the produce that they were sending to restaurants and just ship them over the grocery stores. There are different regulations and different packaging.

On Friday night, the United States Department of Agriculture announced the Coronavirus Food Assistance Program (CFAP). According to the USDA press release, President Trump directed USDA to craft this $19 billion immediate relief program to provide critical support to farmers and ranchers, maintain the integrity of our food supply chain and ensure every American continues to receive and have access to the food they need.

Walden still warns that the economy will likely get worse before it gets better.

“The second quarter, which is how most economic data are calibrated, is going to be horrible. It’s going to probably be a record in terms of drop of GDP (Gross Domestic Product). But we should start to see growth come back in the third quarter and fourth quarter,” Walden said. “But it’s likely not going to be until, I would say, at the earliest, mid-2021 before we’re back to where we were before this started.”

Walden said he’s been an economist for more than 40 years. This is his sixth recession but admits this one is much different than the others.

“Most recessions are caused by imbalances in the economy, particularly over-indulgence in debt. Businesses and consumers taking too much risk,” Walden said. “This is a recession that has actually been mandated by the government. The government has said we have a problem with the coronavirus. It is easily spread. In order to contain it, in order to limit deaths, in order to not overwhelm our hospital system, we have to essentially shut down a large part of the economy.

“All of the bad numbers we’re getting now should not be surprising because we have to do this in order to control the virus. Apparently we are getting good numbers on that. We will likely see the economy contract by somewhere between 25% and 30% in the second quarter, that is April, May and June. The unemployment rate may very well get over 15%. But the good news is this should be short-lived. We should probably see some return to growth in the third quarter and then forward.”