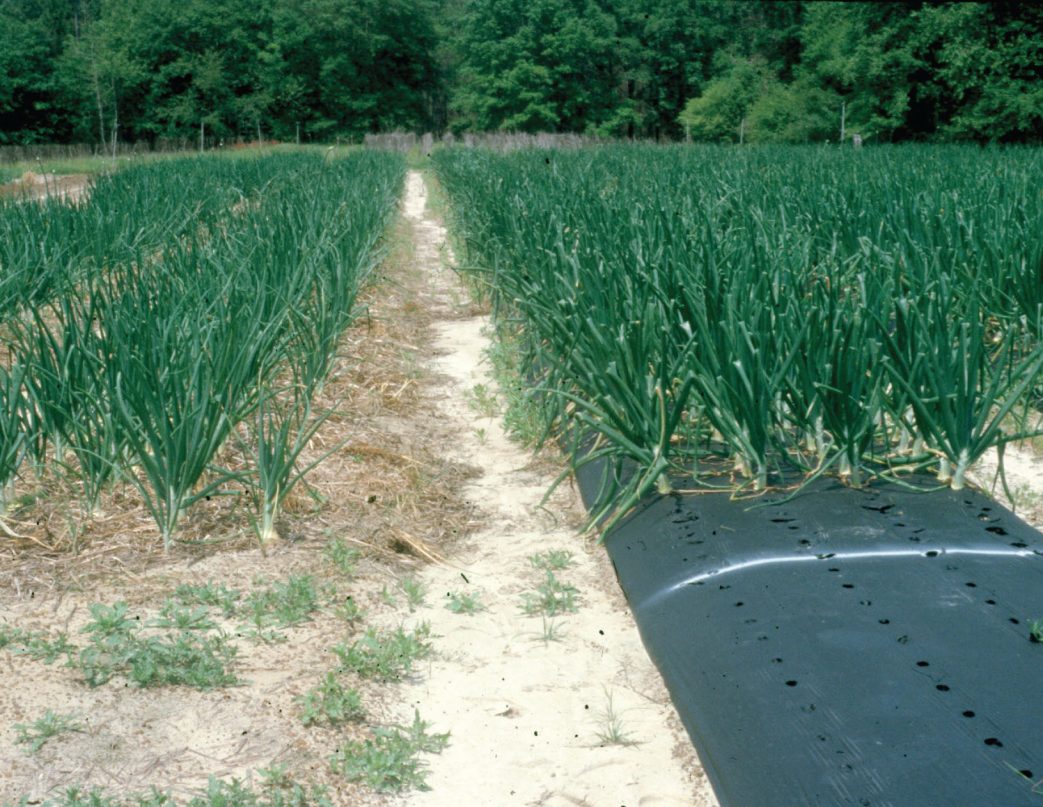 For centuries, horticulturists have modified the crop microenvironment to extend the production season and enhance crop growth, yield and quality. Some of the techniques to achieve environmental modification include the use of mulches, high tunnels, greenhouses, etc.

Mulches are widely used in both conventional and organic vegetable production. According to Wikipedia, “a mulch is a layer of material applied to the surface of soil with the goal of conserving soil moisture, improving fertility and health of the soil, and reducing weed growth.”

Mulch may be organic (straw, leaves, cover crop residue, newspaper, wood chips, etc.) or inorganic, such as plastic film. Mulch effects on crops may vary depending on different factors.

According to the Food and Agriculture Organization of the United Nations, organic mulches may reduce soil water evaporation from 40 to 90 percent relative to bare soil. A thickness of 2 to 4 inches is effective in reducing evaporation. Soil evaporation tends to decrease with decreasing particle size of organic residues.

Physical damage or deterioration decrease the effectiveness of a plastic film to reduce soil water evaporation. Biodegradable mulches may be more prone to rapid deterioration compared to plastic mulch films.

In contrast to organic mulches, plastic mulch films are impermeable to liquid water. Thus, they do not allow rainfall water penetration into the soil covered by the film. Rainwater that reaches the plastic film flows to the soil area between the beds and may result in soil runoff and soil erosion.