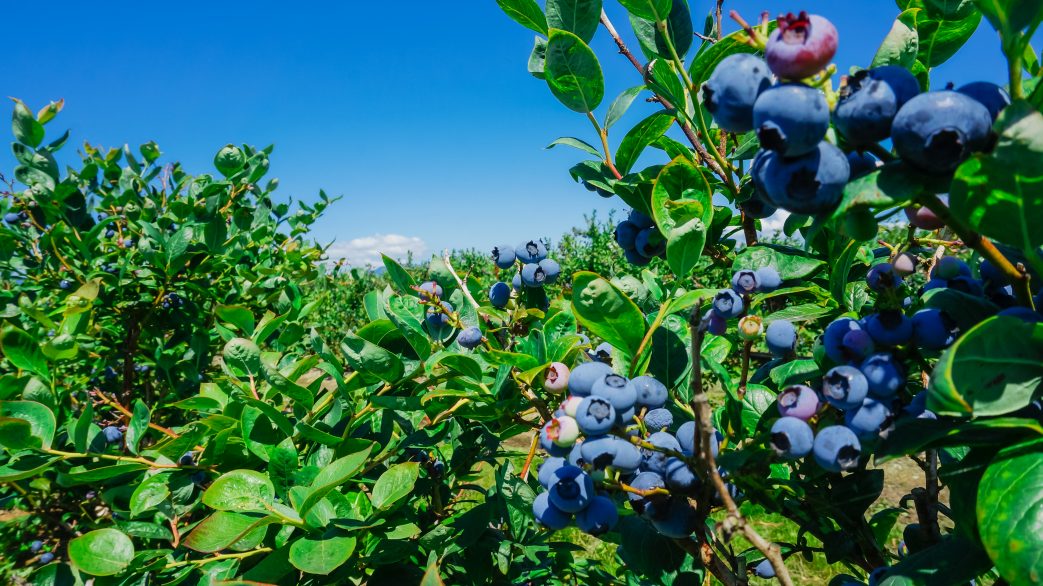 Weather has already played a factor in this year’s blueberry crop production in the Southeast. Farmers need to be wary of potential disease pressure following last week’s excessive rainfall, according to Renee Holland, University of Georgia area Extension blueberry agent in Alma, Georgia.

RAINFALL ABOVE AVERAGE
“With certain root-rot diseases, rain will actually help move pathogen spores around in the blueberry field, and that can potentially affect more plants. We’re definitely going to stress the importance of a root-rot fungicide program,” Holland said.

According to the University of Georgia Weather Network, much of Southeast Georgia, where the bulk of the state’s blueberries are grown, received between 4 and 5 inches of rain March 4-5.

One positive from the higher-than-normal rainfall is that irrigation has not been needed. A good amount of moisture is required to increase the berry size of blueberries, and Mother Nature has taken care of that, Holland said.

While rain has been consistent this winter, the temperatures have been very up and down.

SOME FREEZE IMPACTS
“This is the first year that I’ve had where we’ve had so many freezes so early in the year. They’re affecting us, but thankfully, they’ve been borderline and not plummeting temperatures so far,” Holland said. “It’ll be kind of warm and mild during the week, and on the weekends, we’ve repeatedly gotten cooler temperatures.”

“If (the plants) were in the latter green fruit stage, they were definitely affected by the freeze the other weekend where it got below freezing temperatures. If they were in the earlier bloom stages, of course, those can tolerate much lower temperatures. Those were okay,” Holland said. “We got hit but maybe not too bad; only in certain fields and early varieties like Meadowlark that already had fruit on the plants.”